We just got back from a family vacation where I ate WAY too much and went unplugged for a week.  It was awesome!  And now I am having a horrible time re-entering my regular schedule.  The vacation was just what we needed…and unfortunately had to come to an end at some point.  Now I am knee deep in laundry and all the mess that goes along with a family trip.

But I wanted to hurry up and get these Halloween Crafts up so that some of you might have a chance to make it before Halloween this year if it is something you are interested in…Halloween Severed Witch Finger Pens. 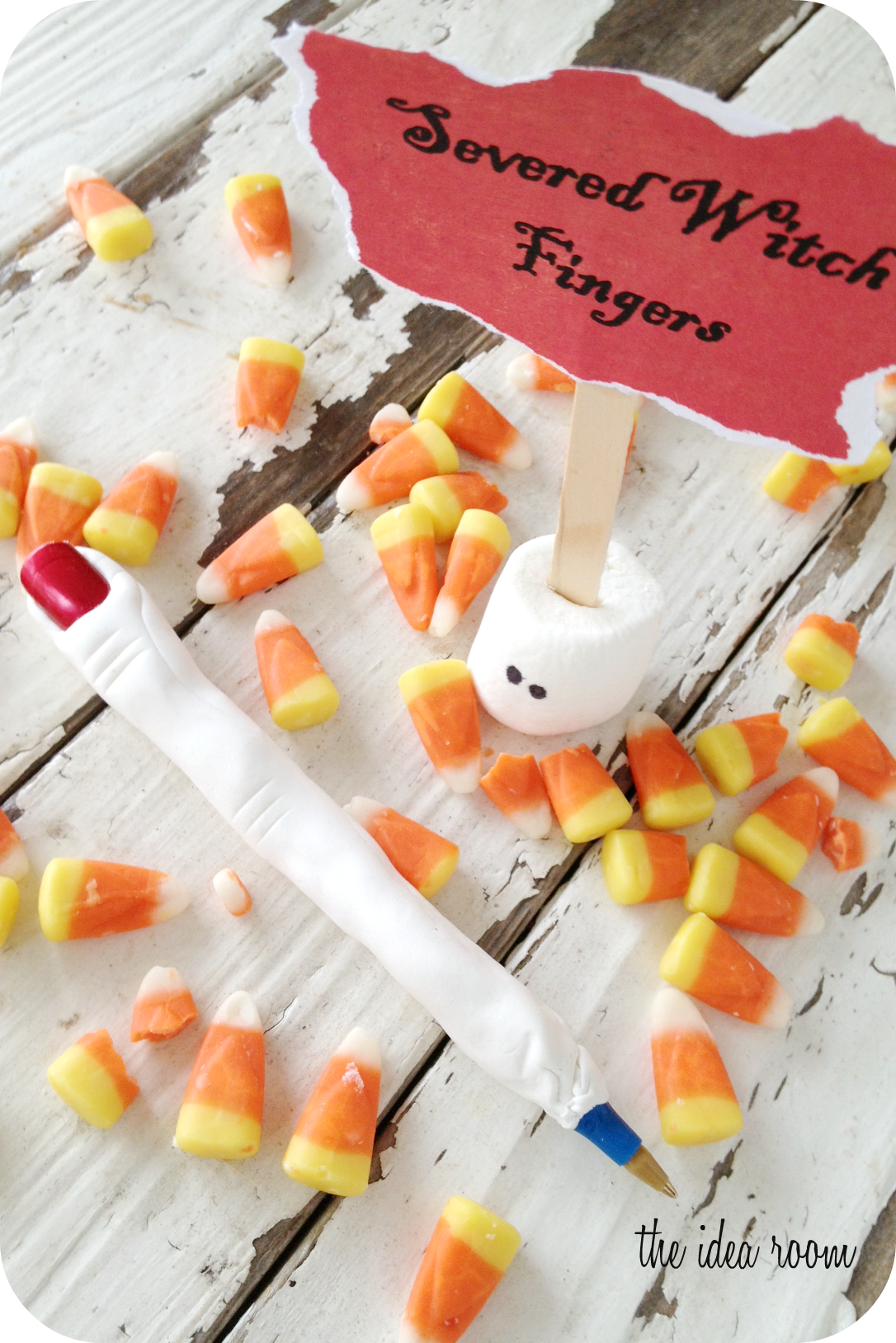 My son came home with one of these from a Halloween Classroom Party last year.  It was a huge hit at our house.  So, of course, I had to make some this year.  All you need are a few simple items.

Simply grab a small bit of model magic.  A little bit will really go a long way.  You need just enough to cover the pen.  Then simply roll the clay between your fingers and a table top so that you have a long “snake” like roll that is just a bit longer than your pen. 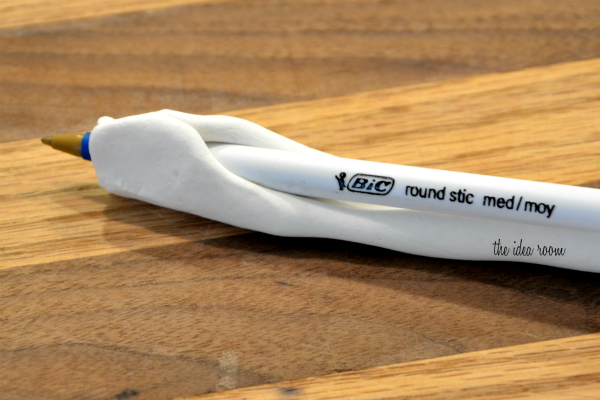 Place your pen on top of the roll making sure to leave the writing end of the pen uncovered.  Carefully pinch and roll the clay around the pen so that the pen is completely covered.  Gently roll the pen and the clay now between your fingers and the table again so that you get a nice smooth edge where the clay comes together along the seam.  Make sure the end of the pen is covered completely.  This is going to be the tip of the finger.

Then gently press in areas on the finger that would coincide with the knuckles and natural bends in a finger.  I then took a knife and gently made some marks to look like the wrinkles over the knuckles on the skin of the finger. 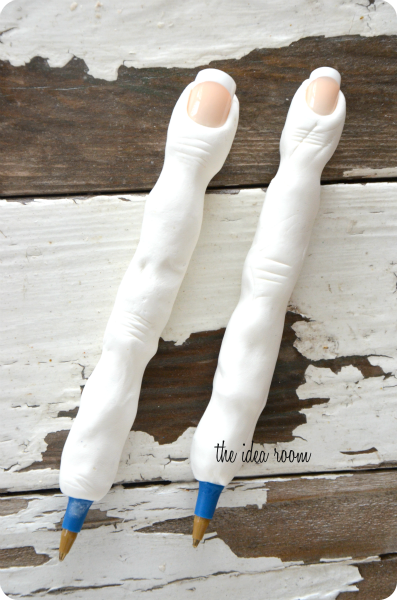 Push the fake fingernail into the top of the pen so that it looks like a natural fingernail.  I pushed it in a bit more at the base of the fingernail so that it gives it a more natural fingernail.  You can leave the fingernail natural or you can paint the nail.  I chose to paint ours red.  I simply took the nail off the clay before it dried and painted it.  When the paint was dry, I glued the nail onto the finger with some hot glue.  Then you can let the fingers air dry for a couple of days or bake them in a very low oven (100 degrees).  Be sure your fingernails can handle the heat before you go that route though…

These are so easy to make and would be the perfect party craft for kids to make on their own.  What do you think? 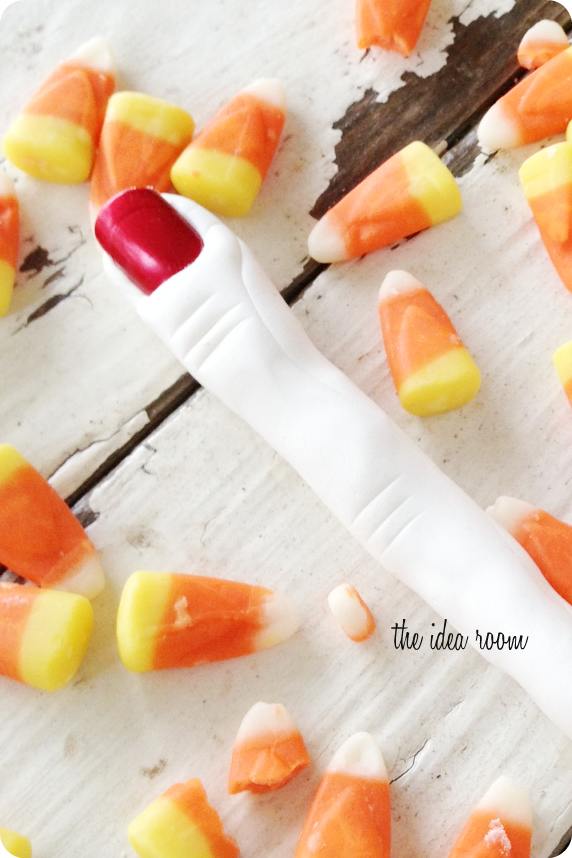