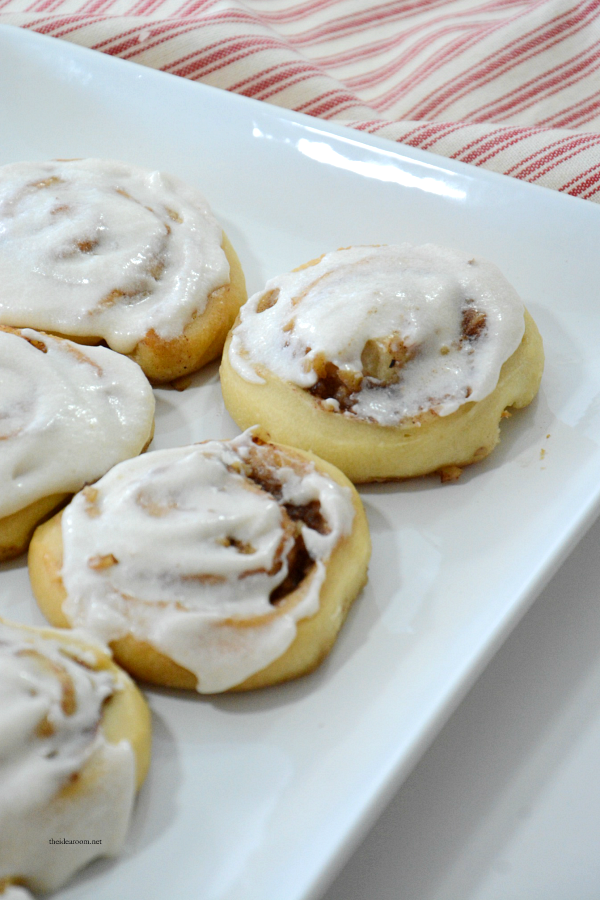 I didn’t get any photos of the ones we ate on Christmas morning because we were too busy making a giant mess, lounging around in our jimmies and eating too much sugar!  I just realized I have never shared our recipe with you…crazy right?!  So I just grabbed the last of the cinnamon rolls (which are always the smallest) and grabbed a couple of quick pictures so that I could share this recipe with you! 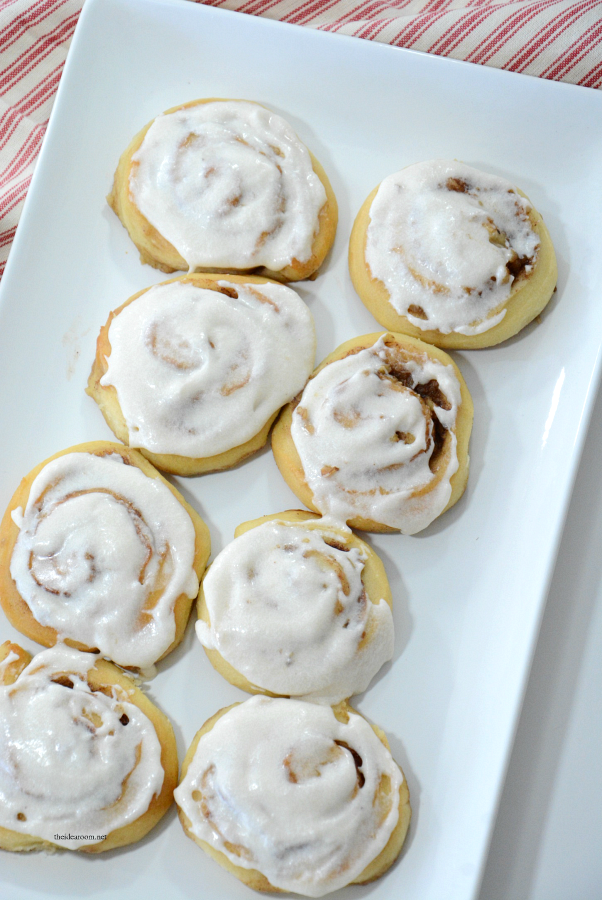 Cinnamon Rolls are a little bit of work…but they are so worth it!  It is a fun family tradition for us!  They are pretty easy to make…it just takes a little bit of time and patience. 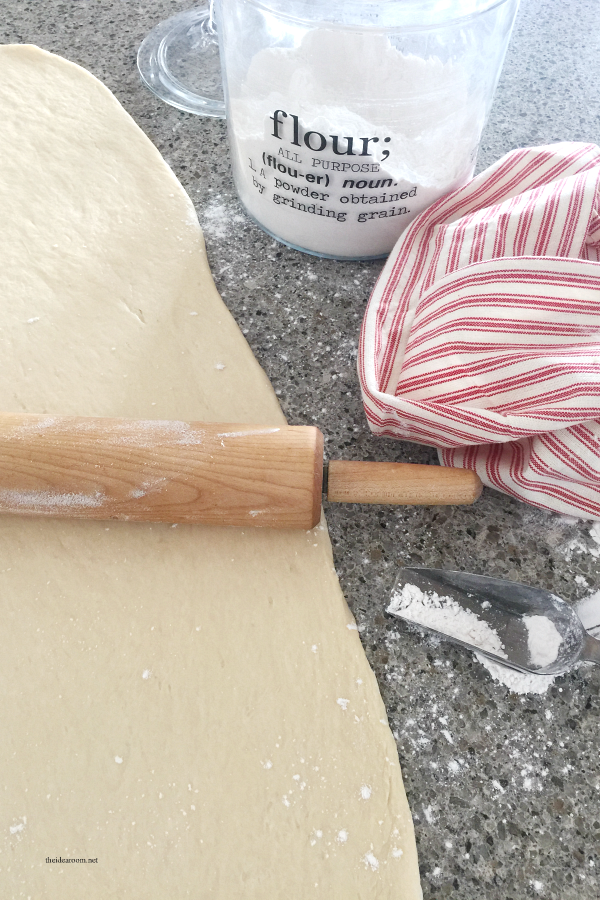 In a large bowl:

1/2 cup water potato was cooked in

4 to 6 cups of flour (the less flour the better, but you must be able to handle the dough)

milk (enough to get desired consistency)

Mix the first three ingredients: shortening, salt and sugar. Add the eggs one at a time and beat them in.  Add mashed potatoes, yeast, milk, potato water, and mix together.

Add flour: 3-4 cups, mixing well then add more flour until the dough can be handled.  Knead well on a floured surface.  Place in a large greased bowl, cover and let rise until it has doubled in size.  Lightly knead then then roll out.  Add filling.  Then roll and cut into cinnamon rolls.  Bake at 375 for 25-30 minutes. 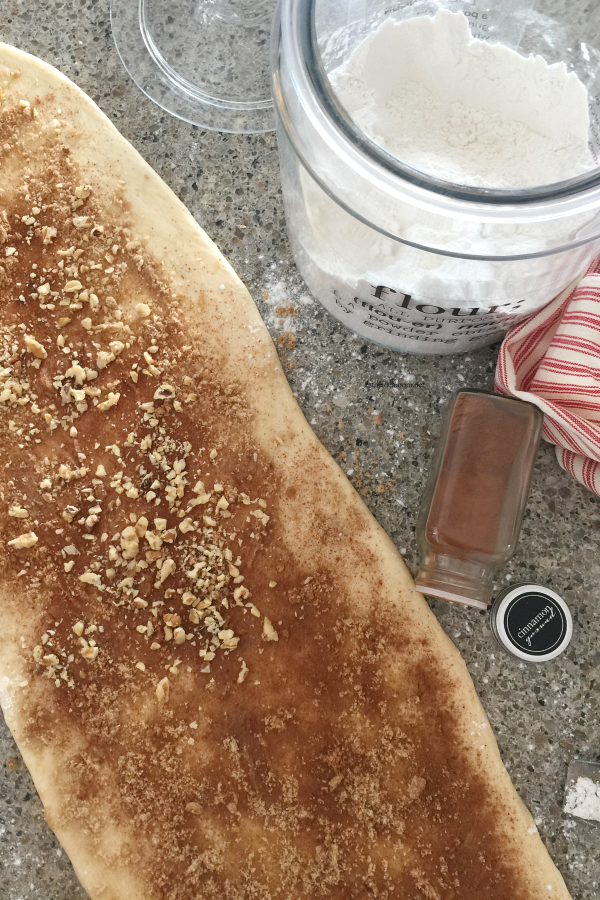 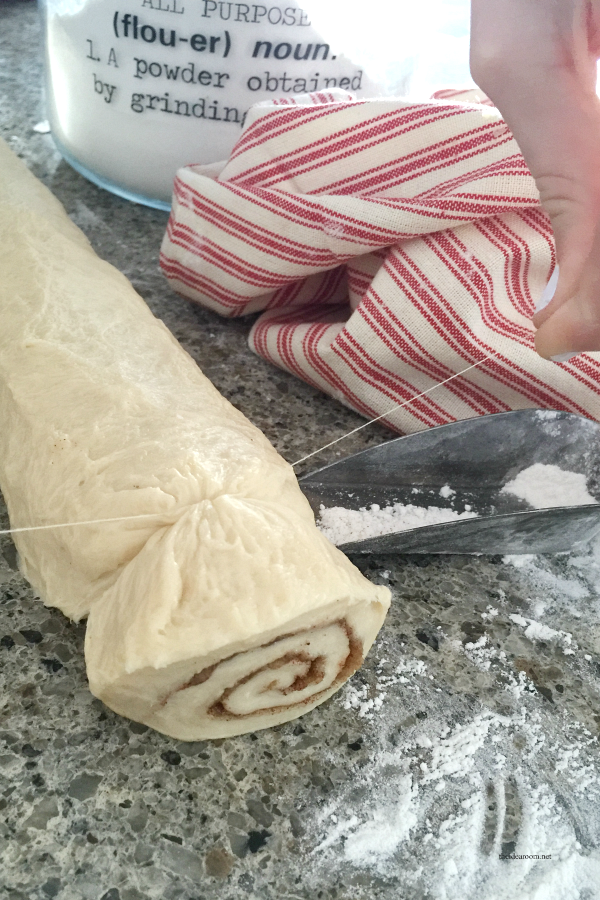 *TIP: Here is a tip I learned from my Grandmother (whose recipe this is)…to cut your cinnamon rolls all you need is a piece of thread.  Take the thread and slide it underneath your rolled dough.  Wrap the thread around the roll like you are going to pull the thread into a round circle.  Then pull your hands apart.  The thread will cut down through the dough and pinch off a nice round cinnamon roll.  Repeat until all the rolls are sliced.  So Easy!! 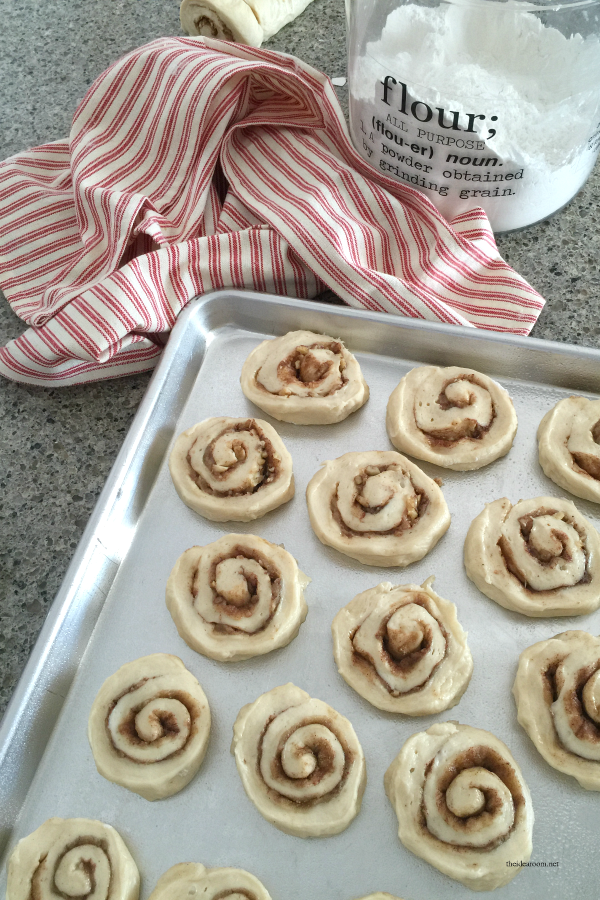 Go ahead and give them a try! I think you will like them as much as we do! 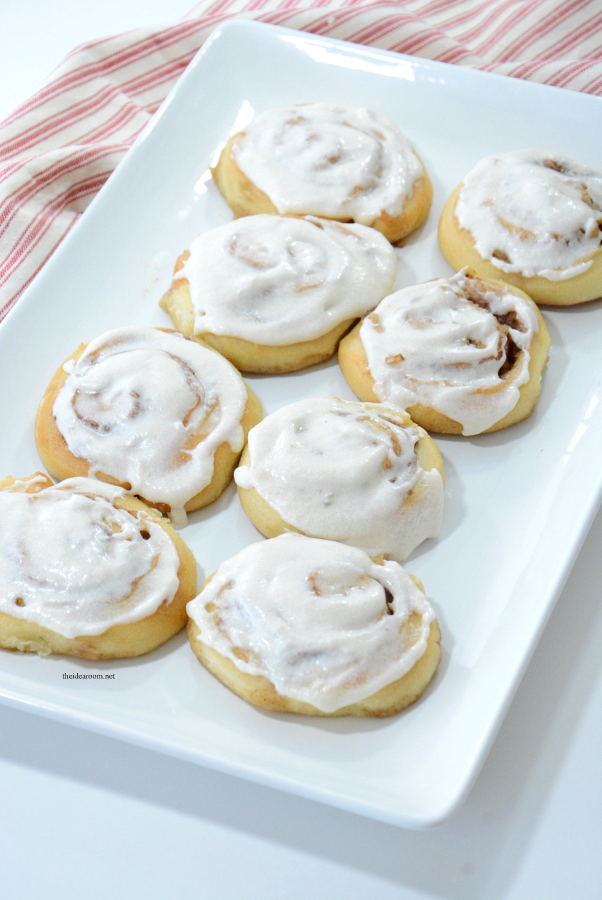 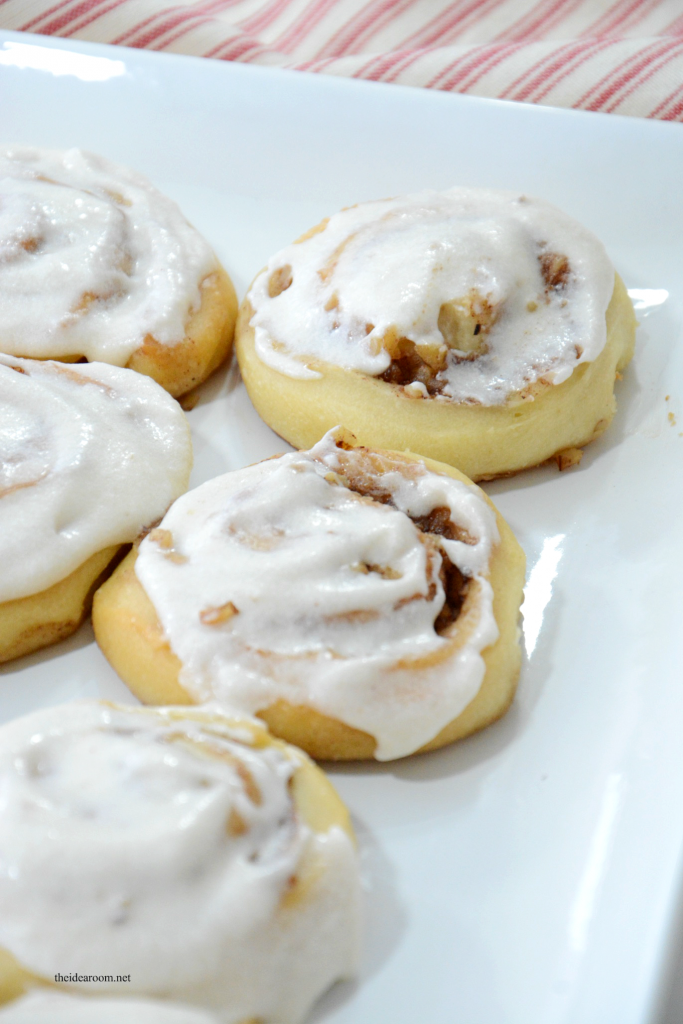