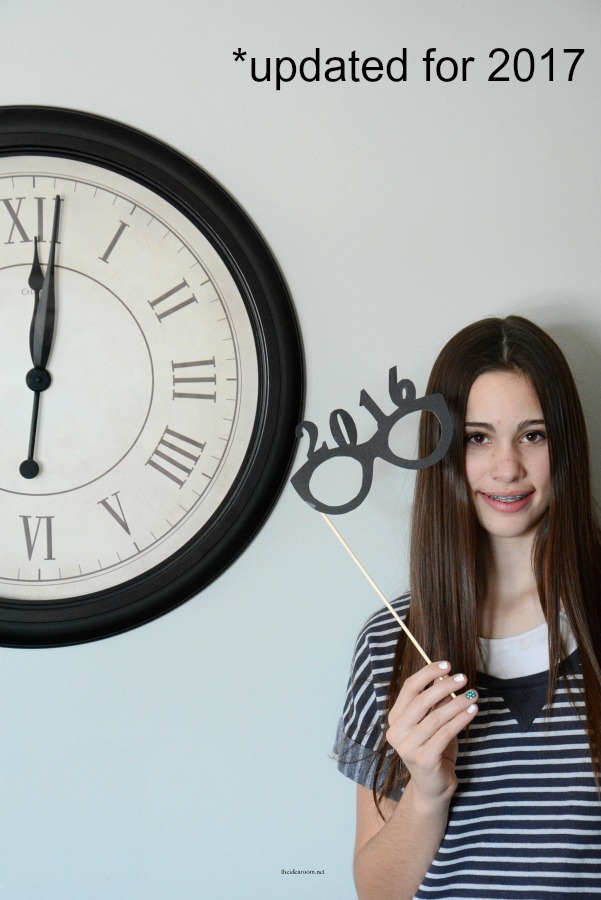 Sharing the updated New Year’s Eve Photo Booth Props including the 2016 New Year’s Eve Glasses!  Scroll down to get the free printables.  Due to some setting on different mobile devices, you may not be able to download them.  If this is the case with your mobile device, you may need to access them from a laptop or desktop. 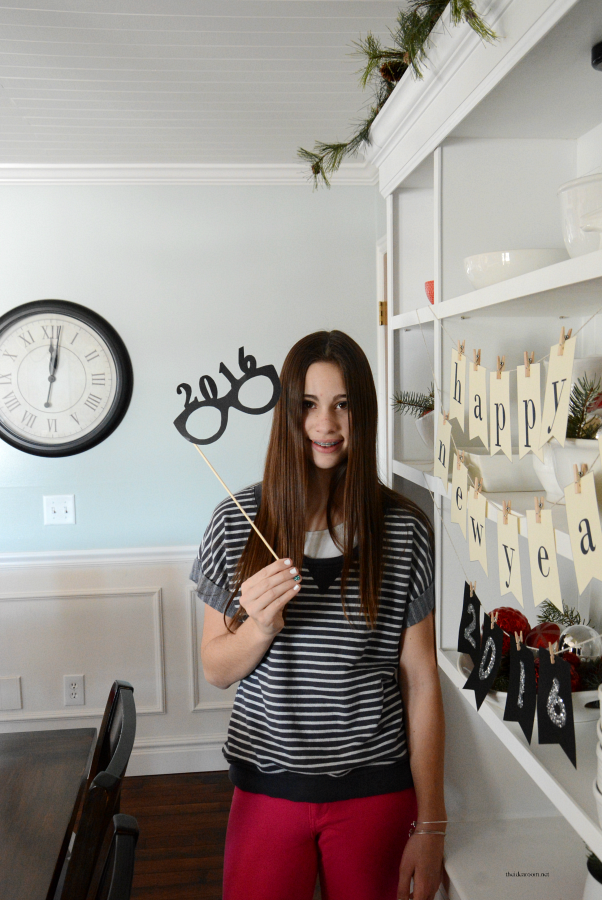 Throwing a New Year’s Eve Party?  Or just spending it at home with some family and friends? Why not pass the hours taking some fun photos with your loved ones with these fun New Year’s Eve Photo Booth Props. 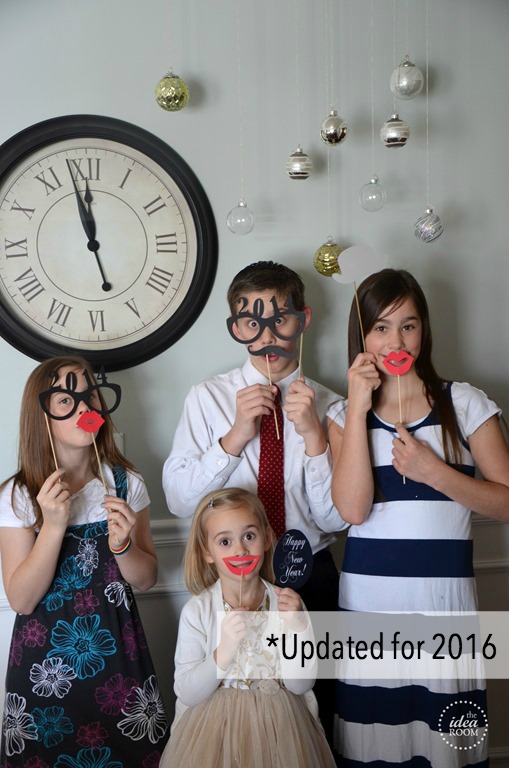 Today I am sharing these free New Year’s Eve Printable Photo Props with you so that you can use them with your family and friends.

Simply print them out on card stock and then cut them out.  I glued and then added some tape to secure them to the photo prop.  I attached them to a wooden skewer (used for Kabobs and found in your local grocery store). 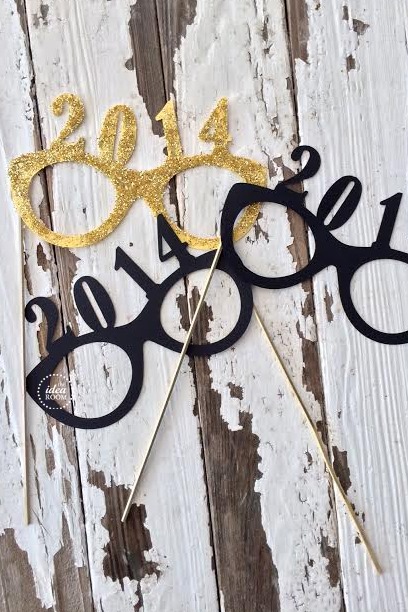 You can set up an area in your home where the photos can be taken.  Use a white sheet as a backdrop or find a wall that you can add some “New Year’s Eve décor”.  I simply used a wall in my kitchen that already had a large wall clock and then hung some Gold and Silver Christmas Ornaments from the ceiling. 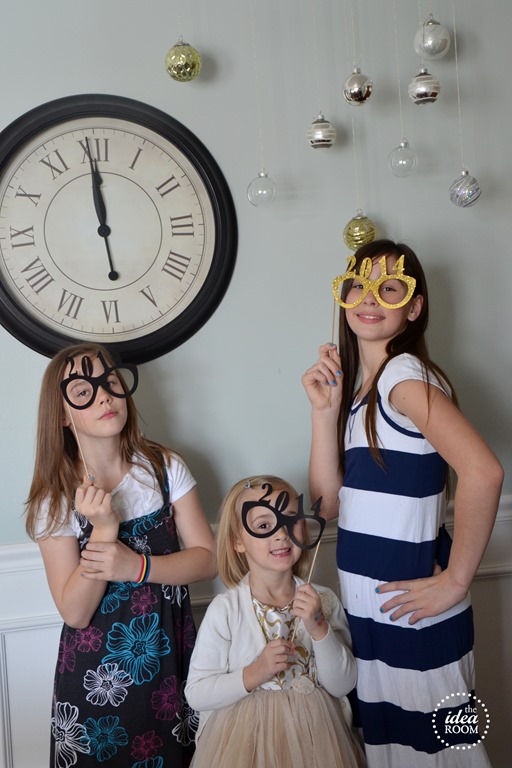 So simple and easy!  Then snap away!  If you are extra ambitious, you could print them out for your guests to take home that night or send them to their homes as a thank you after the party!  I think it is a great souvenir to take home from the New Year’s Eve Party. 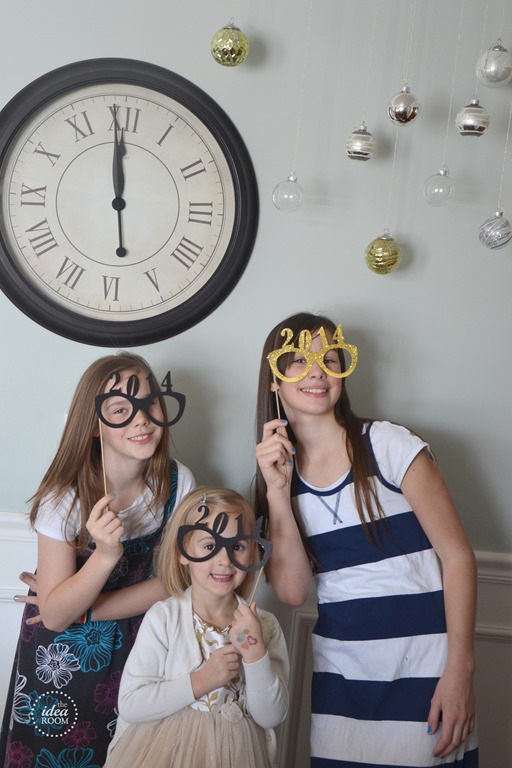 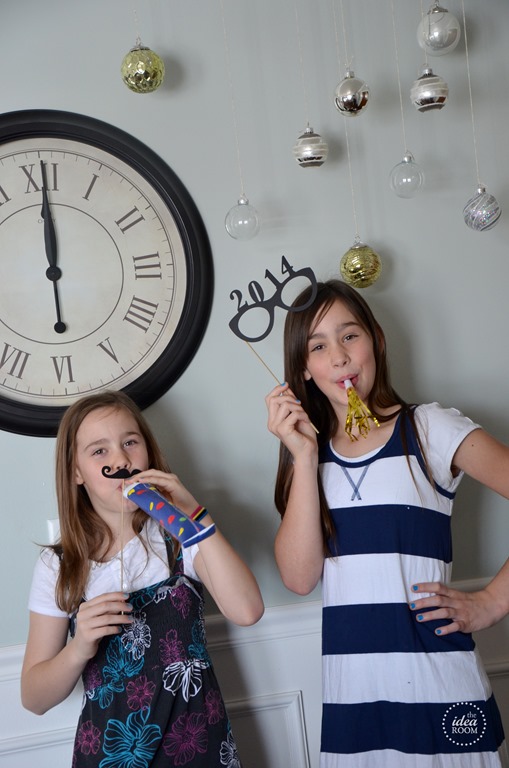 Now…obviously…these were not taken at midnight.  In fact…the only time I had time to snap these pictures was right before we headed out to church…haha!

If you are interested in some other New Year’s Eve Party Printables you might also want to check out the following:

New Year’s Eve Minute To Win It Games with printables 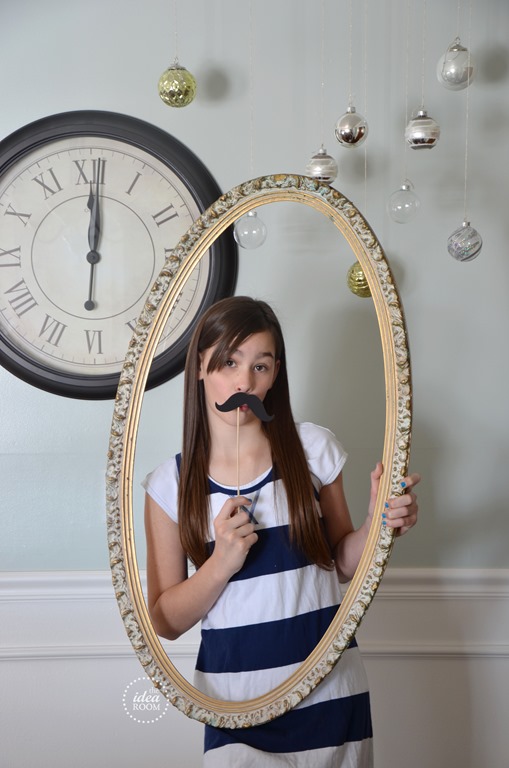 I am curious…do you let your kids stay up until Midnight?