Hey guys…things are still crazy around here.  We are finally starting to get things put back together in our home. Yeah! But we still have a LOT of work ahead of us.  I hope to share an update later in the week if you are interested.  But, in the meantime, I wanted to share with you a fun idea for making a fun Photo Block Puzzle. 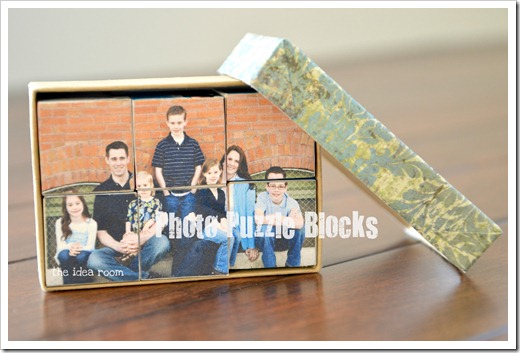 These have been around for a while but I was reminded of them when my mom made one of these with a group of her church friends.  Hers was much larger and the blocks are about 3 inches (I think) each. I thought it would be fun to make one on a much smaller scale and  make one of them for my kids or to give as a gift to someone. 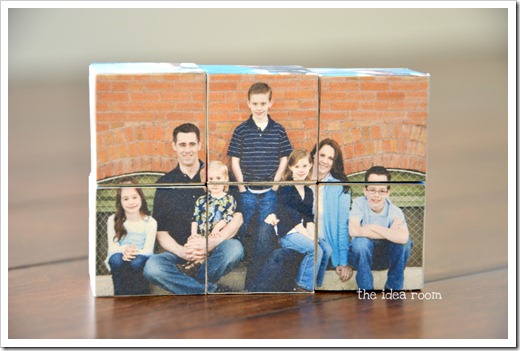 So I found some 1 inch craft blocks at my local craft store.  They came in a large package of several of them for just a couple of dollars. 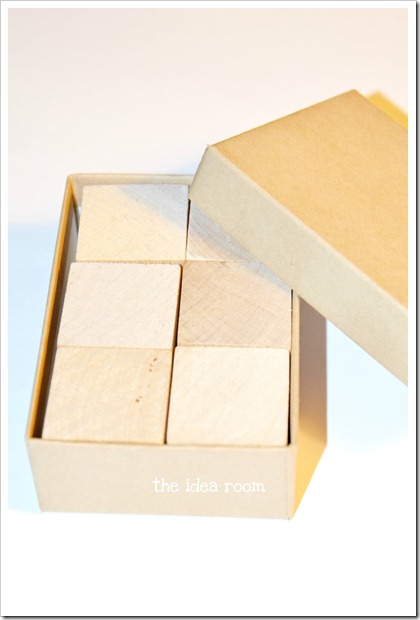 Then I found a box that measured 2 inches x 3 inches. So that six 1 inch blocks fit almost perfectly into the box. 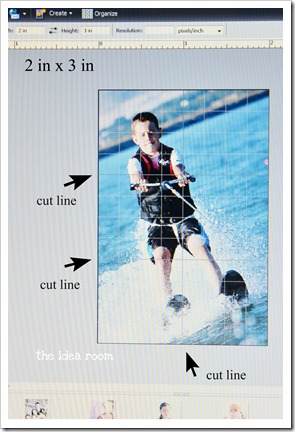 Then I found 6 pictures that I wanted to include on my block puzzle.  One photo for each side of the block.  So you have essentially 6 different photo puzzles.  I loaded the photos into my photo program and cropped them so that they measured 2 x 3 inches each. 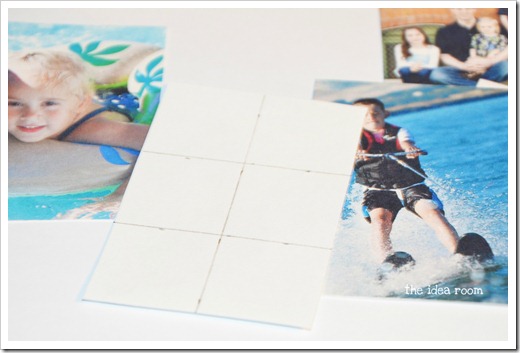 I tried to make sure that the lines I would be cutting on would not cut through any important details of the picture.  This will help it so that the final picture will not be distorted.  Then I glued the pieces on the puzzle with Matte finish Mod Podge. 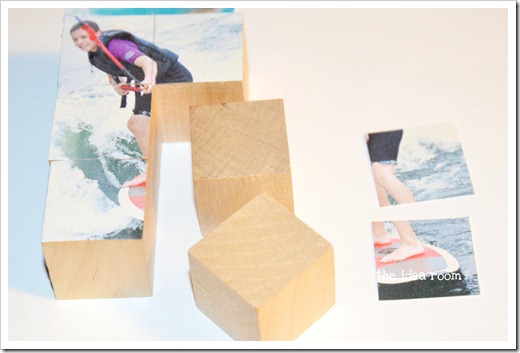 Then I simply rotated the blocks all in the same direction and then added another photo.  I continued that process and tried to make it so that the photos were on the same plane…if that makes sense.  Either way it will work out. 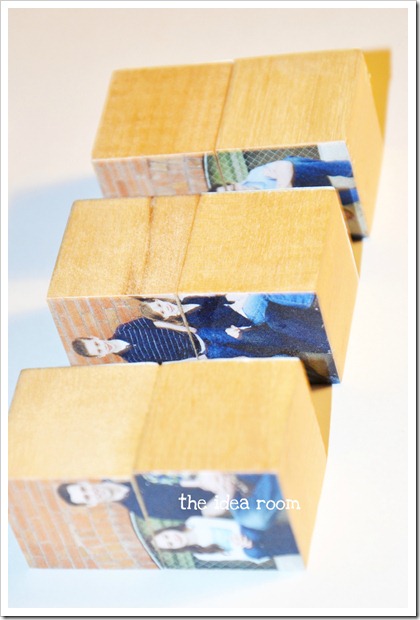 When you are finished, every block will have one piece of each puzzle on it.  And you literally have six fun photo puzzles to play with in a nice little box. 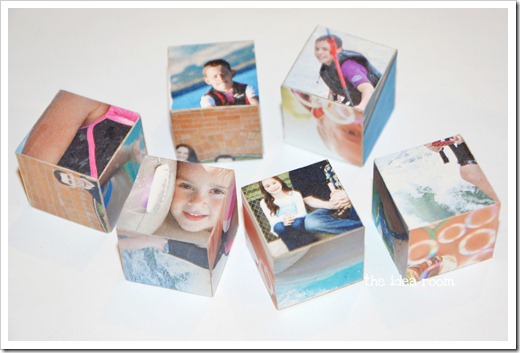 These would be a great activity for your little ones in church with faces of the people they love.  Or a fun way to ask someone to a dance…do they still do that in high school?  Or to give to someone as a small gift idea.  There are so many fun ways these could be used. 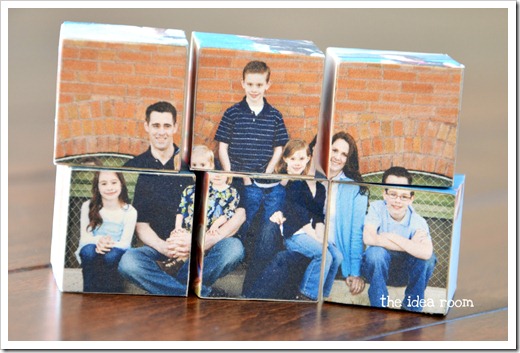 What would you make one for and for who?

*And I would like to thank Kristen Duke for our fun family photo.  It is from 2010 but is still one of my favorites!