You are here: Home / Recipes / Kabobs and Blender Brownies

*This is a sponsored post on behalf of Frigidaire and Lowe’s.

Recently I shared with you some fun updates we made to our kitchen with the help of Frigidaire Professional and Lowe’s.  I am loving the new changes and the ease of the organization it has provided.  It’s been a few weeks and we have been motivated as a family to keep it clean and organized. 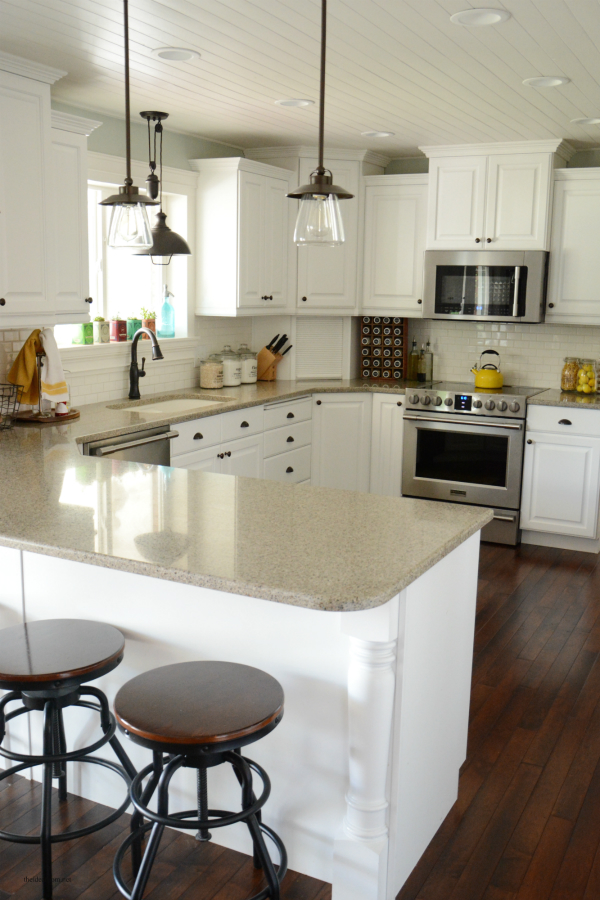 I enjoy baking in my kitchen while spending time with the family and friends.  I want to share with you two of the very first recipes we made with our new appliances. 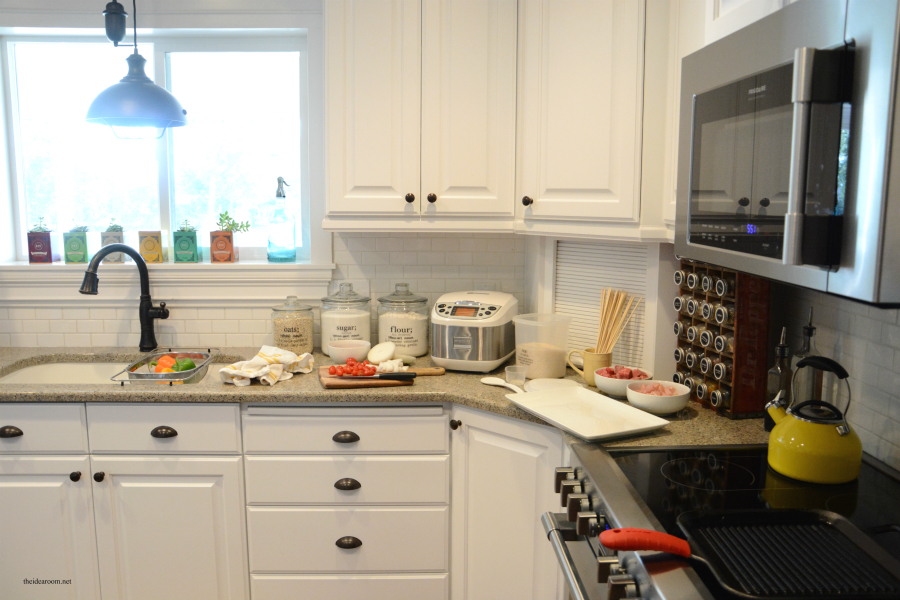 On Mondays, we try to spend the evenings together as a family and I thought it would be fun to have a Kabob bar.  Basically, I prepared and cut up the veggies and the meat, and then the kids got to “build their own Kabobs” according to their different tastes.

We grilled the Kabobs on a cast iron grill on our new Frigidaire Professional Range.  We grilled them for about 8-10 minutes on the stove top using the bridge element. The SpacePro™ Bridge Element can be expanded to create one large cooking surface that can be used for cooking on a  griddle.  If you still have some meat that needs to cook thoroughly, you can pop them in the oven for a couple more minutes. 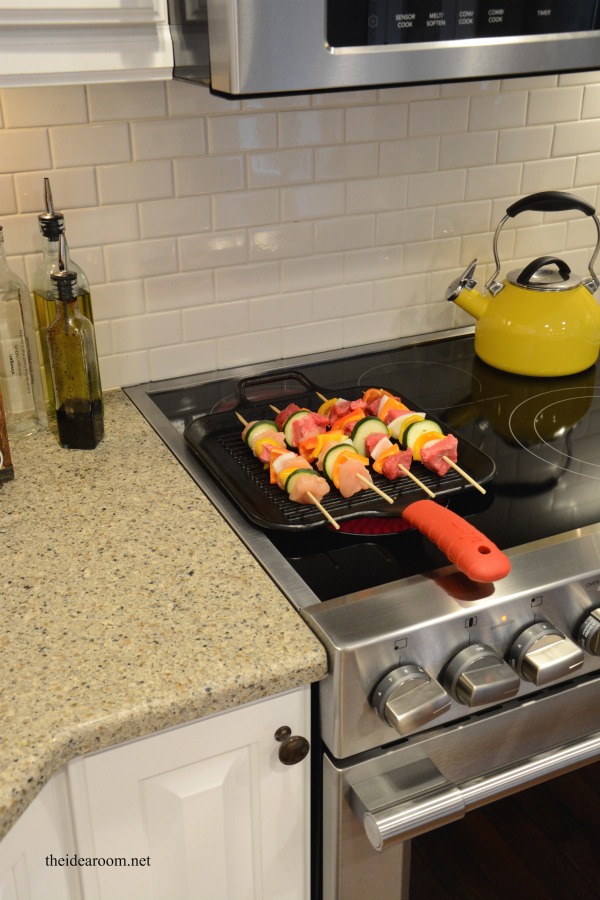 Serve the Kabobs with some freshly steamed rice made with a Frigidaire Professional Rice Cooker and Tzatziki sauce.  Kabobs are a simple and easy dinner idea for the whole family.  The best part?  Everyone is happy with their dinner because they “built” it themselves!

Cut the meat, onion and pepper into large bite-sized pieces, and cut the mushrooms in half. Thread the pieces of meat onto wooden skewers, alternating with pieces of onion, pepper and mushroom.

Drizzle the kabobs with olive oil, season liberally with salt and pepper.

Grill on pre-heated cast iron grill.  Rotate skewers every so often so that they grill evenly for 8-10 minutes.

Set the broiler to “Hi”. Place the kabobs on a broiler pan and put it on a rack adjusted so the kabobs are about 4-6 inches below the broiler. Cook for about two minutes until the meat is browned, then turn everything over and cook the other side until browned. 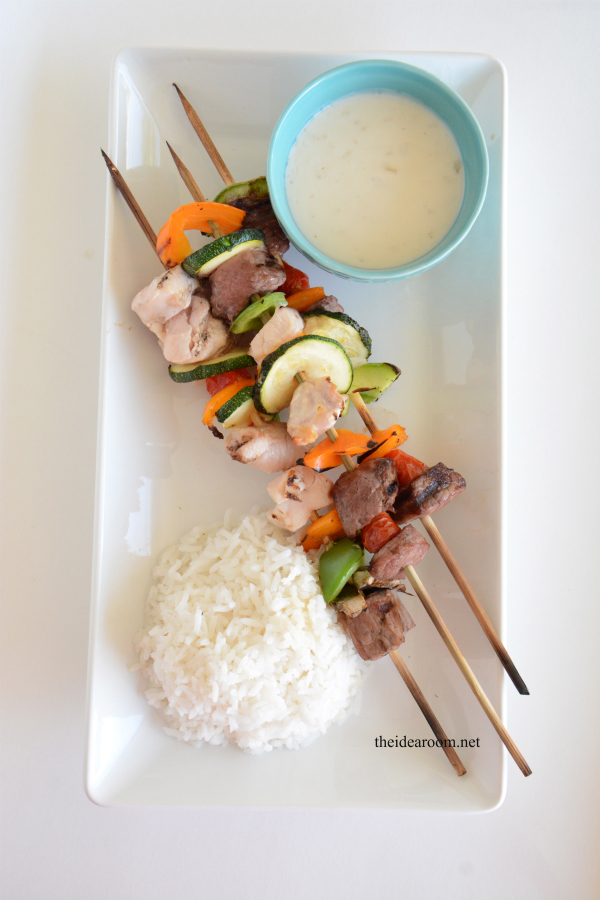 The very first thing we made in our Frigidaire Professional Range are these Blender Brownies.  We LOVE Brownies at our house and so it was the perfect way to test out our new PowerPlus® Convection.  I have never used a convection oven before and so I was curious to see how they would turn out.  I have to say that I was pretty impressed with the results.  These brownies cooked evenly throughout the pan so that the entire pan of brownies were cooked completely.  We didn’t get the burnt edges with uncooked middle that you can get sometimes in a conventional oven. 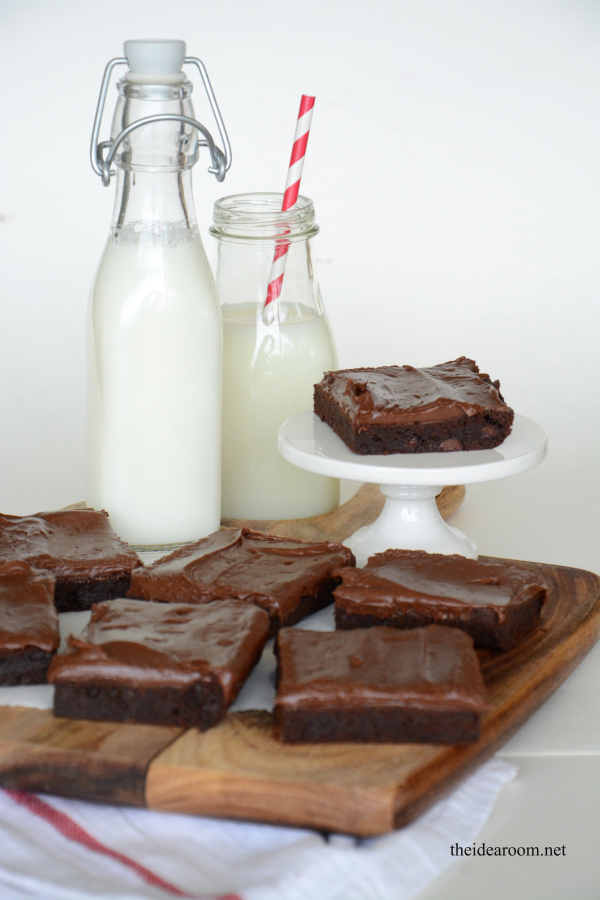 I also wanted to try making Brownies in the blender.  I used the Frigidaire Professional Blender to make them.  I have heard of people doing this and wanted to give it a try.  They mixed up really well and quickly.  Since I doubled the Brownie recipe, I did two separate batches because I wasn’t sure how much batter they would make and I didn’t want to overload the blender.

I wanted to test the oven out to see how well I could bake two pans of Brownies at the same time. 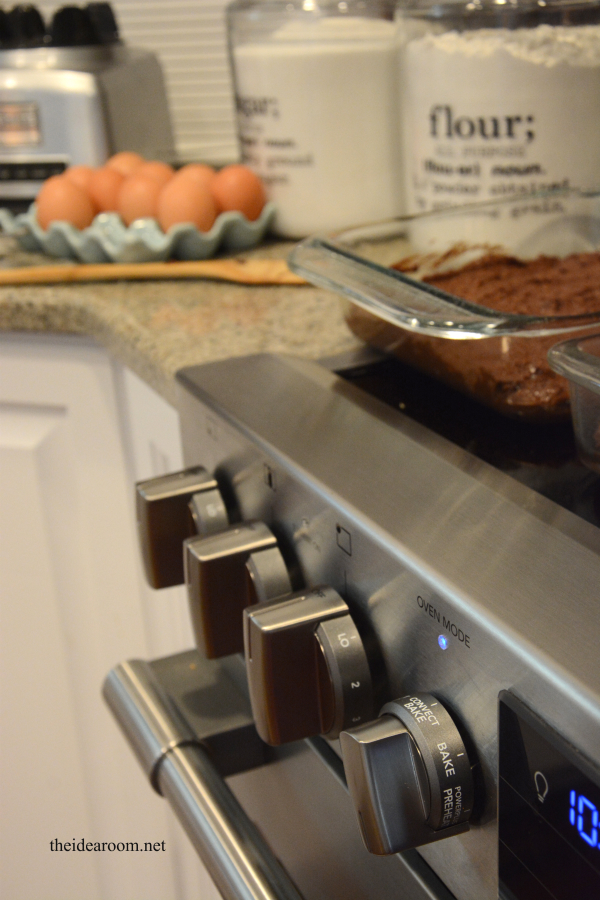 With a large family, I am often faced with the need to bake multiple items at the same time so that we have enough food for everyone, and so that the food is ready and hot at the same time.  The convection oven easily baked both pans at once and they both turned out perfect at the same time. 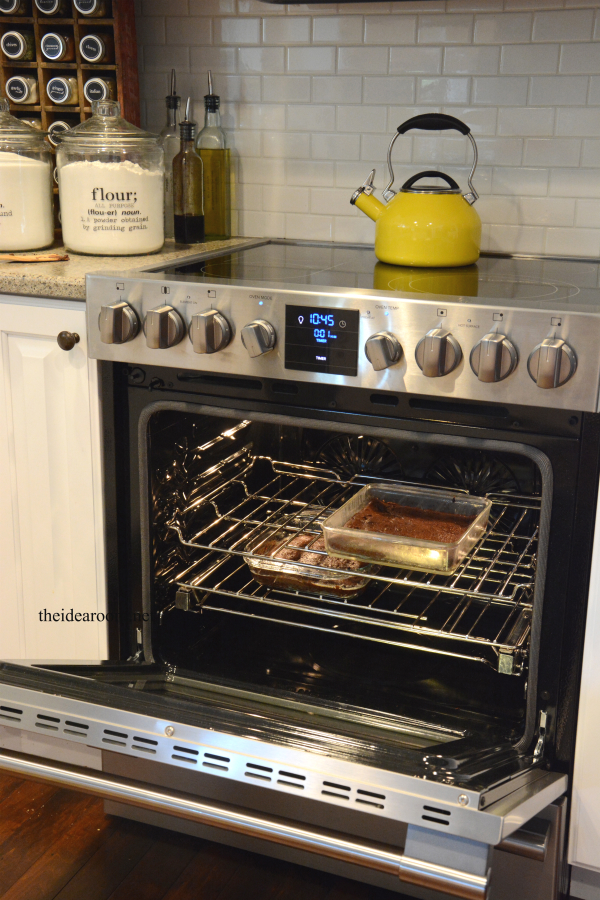 My daughter whipped up some frosting with a hand mixer while I was blending the second pan of Brownies.  Frosted Brownies are always a good idea!

Using a hand mixer or clean jar for the blender, beat together all ingredients and frost the cooled brownies.

You may be interested in making these delicious Peanut Butter Banana Blender Muffins too. 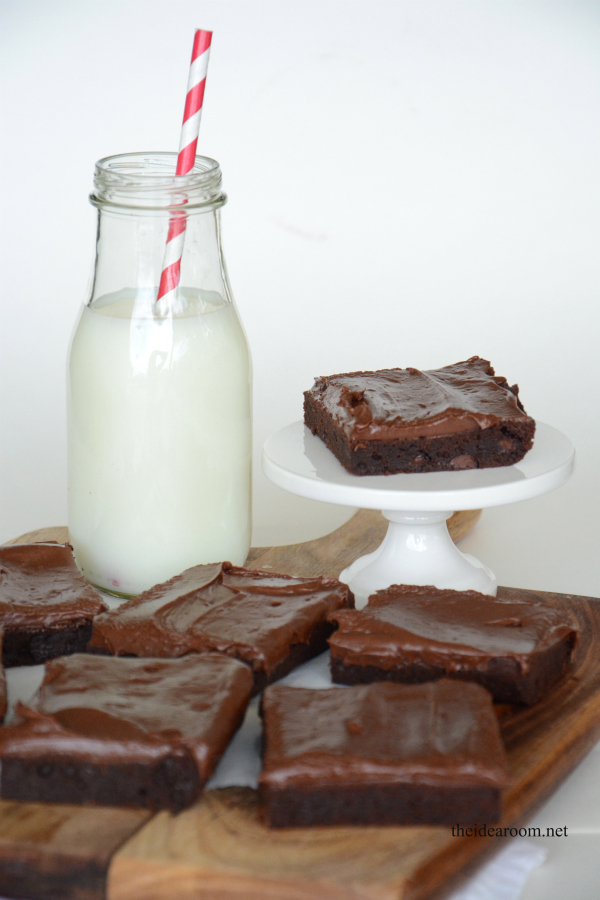 *This is a sponsored post on behalf of Frigidaire and Lowe’s.  However all opinions and statements are mine and mine alone.  I was given product and/or compensation for this post.