I have been sharing some of the details of my daughter’s Minnie Mouse Birthday Party this week and am back to share how it all came together.  I have just a few more easy and fun Minnie Mouse Party Ideas to share with you today.  All of these things I was able to put together in just a couple of hours including the Minnie Mouse Cupcakes and the Minnie Mouse Oreo Pops that I shared earlier. 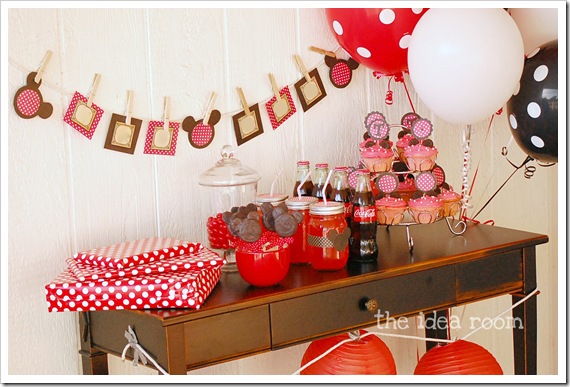 First off I was able to make this fun little birthday banner with my daughter’s name on it.  I have removed her name for privacy reasons.  I found a cute piece of scrapbook paper that had some fun letters on it.  So I simply cut out the letters of her name and then glued them onto a red and white polka dot square of paper or a black piece of paper and then had then alternating.  Then I cut out three Mickey Mouse heads, which I made by tracing one large circle and then two smaller circles of the same size for the ears.  Then simply placed a circle of the red and white polka dot paper on the inside.  The possibilities are endless.  And you can see that I simply took a piece of rope and clipped them onto the rope with some clothes pins.  Not the fanciest…but super easy and re-useable. 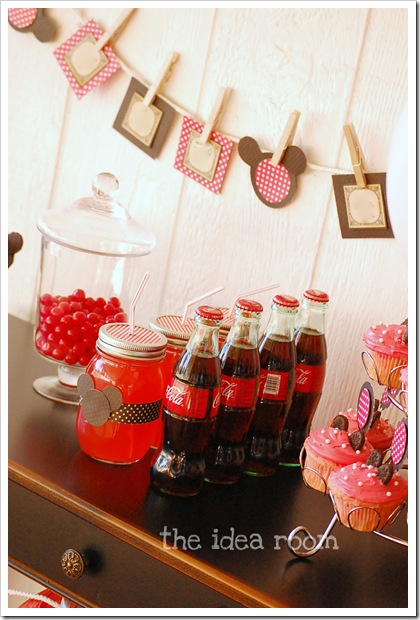 Then for the party drinks we served up some good old Coca-Cola and for the non-soda drinkers some red Fruit Punch.  And do you remember the fun Mason Jar Drinks from my other daughter’s birthday party? I simply used the same jars and added new scrapbook paper to the lids to match this party theme.  But I also added another small detail…some Mickey Mouse ears.  I just added it to the very first one and let the birthday girl have that drink.  You could add it to all of them…but I was on some time constraints. 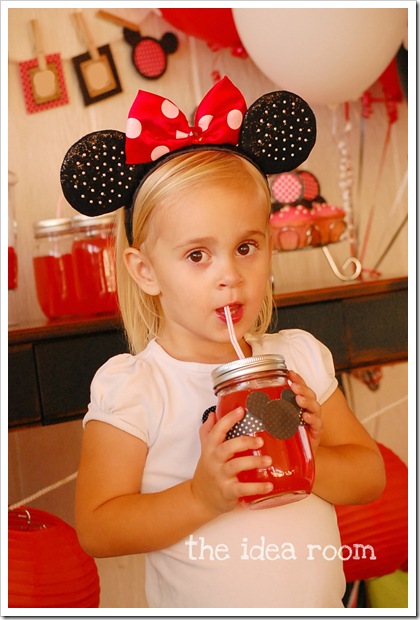 I always like to add a pop of color by throwing some candy in a jar.  The kids usually LOVE this part and snack on it till we are ready to break out the dessert table.  We also had the Minnie Mouse Oreo Pops available for the guests to take home as a little party favor if they wanted to. 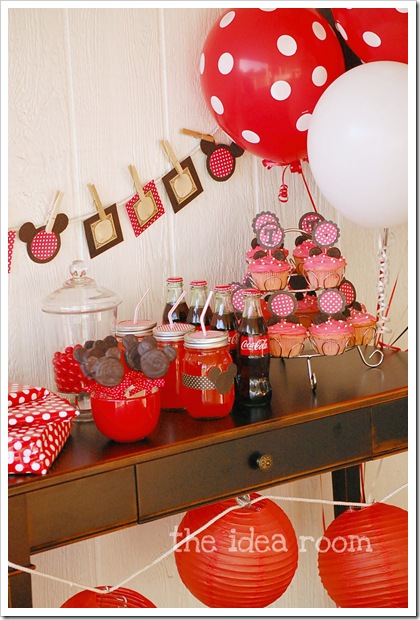 And I have to share something personal if you don’t mind.  I was out of town for 5 days at The Creative Connection Event where I went as part of their Social Media Team, which basically meant I was there to tweet all of the fun things that we were learning.  And if you follow me on Twitter I am sure you were very well aware of that fact…maybe even stopped following me at some point

!  Anyways, since I was so busy with the preparations for that, I didn’t have much time to get things together for her birthday or her birthday presents.  In the Minnesota airport there was a vendor who sold pillow pets…which was exactly what my daughter had put on her birthday wish list (since her older sisters have them).  And they had the little pillow pets which was exactly what I had been hoping to get for her.  BINGO!  I love it when things like that happen.  Saved me some serious searching around at home especially since I had no time to do it. 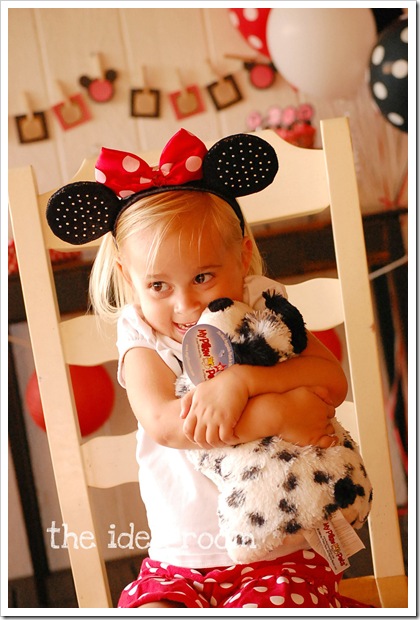 I think she likes it!  What do you think? 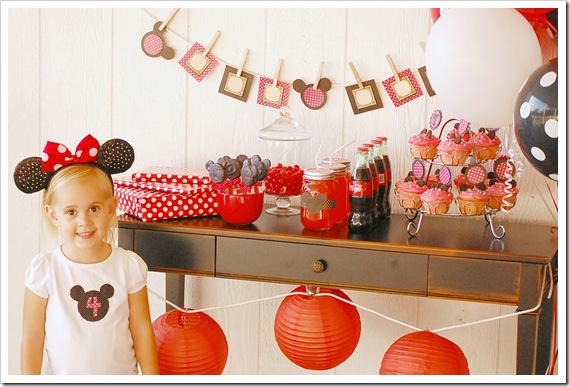 Happy Birthday to my sweet baby…who isn’t really a baby anymore…but we will keep that our little secret!

I was nominated for Parents.com for Best Crafts for Kids Blog Award.

I would love it if you could hop on over and vote for The Idea Room, but only if you want to.