Hey everyone!  Did you miss me last week?  I really tried to pull something together, but I procrastinated, then it was my birthday and my 2 best friends were in town (see pics here), so luckily Amy saved the day with a little something in her back pocket.

I must admit that I struggle to find topics that will relate to all types of photography enthusiasts.  I know some have businesses, some take pics for fun, some have a dslr, some don’t, some have no clue about photoshop, while other know more than me, or even use Lightroom.  So I am taking a little poll before we get into our discussion.  I need to figure out where the majority lies to better cater to your needs.

So has anyone ever heard of Panning?   It is a photography technique often associated with sports photography, because you are looking for the background motion and a still subject.  For this to work, you need a slow shutter speed, and best used with a tripod.
I took 100 shots of my sis in law and only got a handful of decent images.  Isn’t she a great poser? 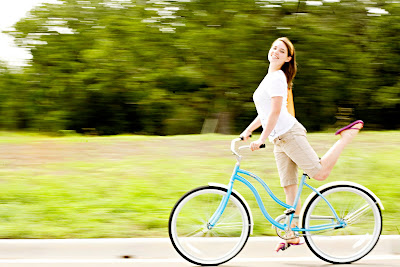 1/40 ss  f/13 ISO 100 (full sun) 85mm lens
Do you see how the background is almost moving? Her face isn’t as sharp as I’d like it to be, but sports photography gives a bit of leeway in that area.
Here is one of my many not-so-great shots: 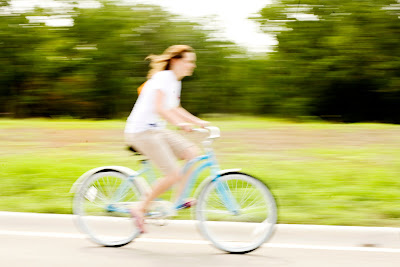 If you can tell from the 2 shots above, my most accurate sharp image was when she was right in front of me.  Grabbing the focus when she was off to the side was more difficult.  Also, notice she is pretty close to me (maybe 10 feet).  When she was further away, the background didn’t produce as dramatic of an effect. 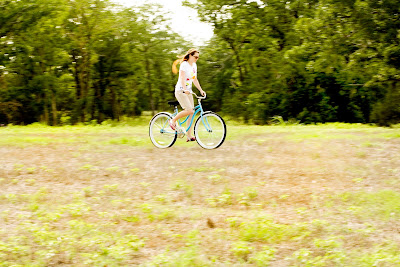 Even this one, she is a bit closer, but not far enough.  This is my crispest image, but not quite the same blur as my first shot above. 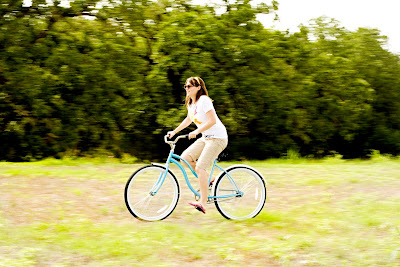 A few years ago, my hubby did a bike race, and I got to take some cool shots of him.  I was in the passenger seat and my mom was driving alongside him.  I keep saying I want to do this again, but to set something up like this is a daunting task.  It takes 3 people:  subject, driver, shooter.  This was a bit of a different panning technique because I moved along with the object instead of standing still.  Less of a need for a tripod because I wasn’t moving from left to right, but stabilizied by the car under my elbow.
Didn’t quite get the same effect, but cool nonetheless. It was easier to focus on him as I rode alongside him. 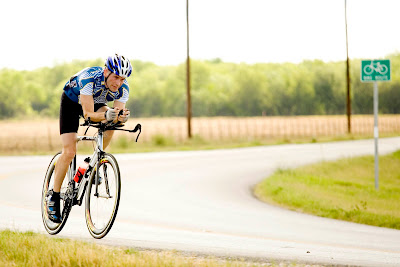 So try something different, set up a panning photoshoot and take a bunch!   I found this video tutorial online that might be helpful to some.

P.S. I got a new blogsite, so go check it out and become a follower (even if you already were on my old blog) and you could win a prize!