I love pie.  In fact, if my Thanksgiving dinner consisted of Turkey, my sister-in-laws Mashed Potatoes and pie, I would be one happy girl!  I have always wanted to try making some miniature pies.  I finally got around to it the other day… So, today I want to share with you some fun Mini Pie Recipes! 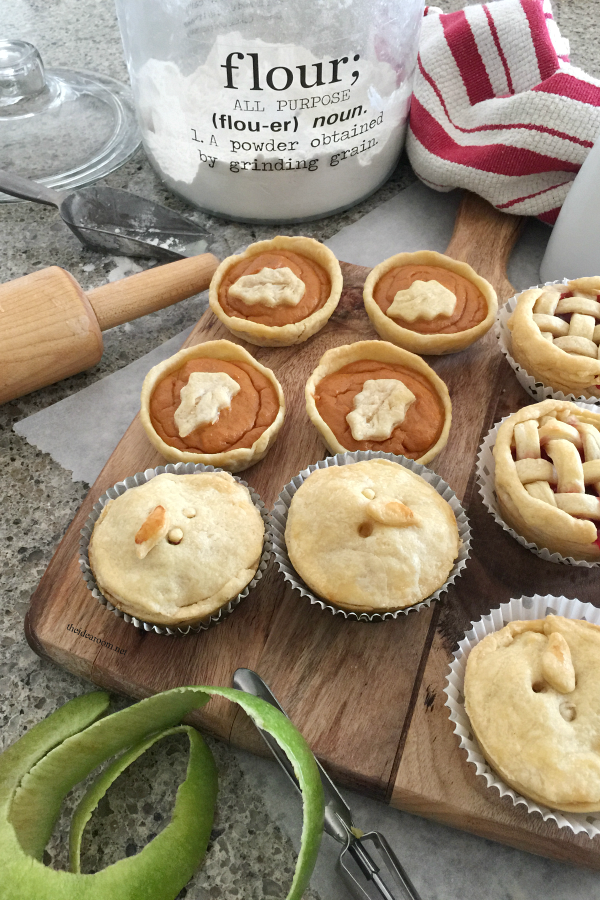 Could there be anything cuter than things in miniature form?  These pies are just too cute and actually a lot of fun to make.  I also kept thinking of how fun it would be to have a Mini Pie Party where your guests could pick and choose what mini pie to make…kind of like a Mini Pie Bar!  Then with the ingredients to make several different pies, they could mix and match and make their own pies! 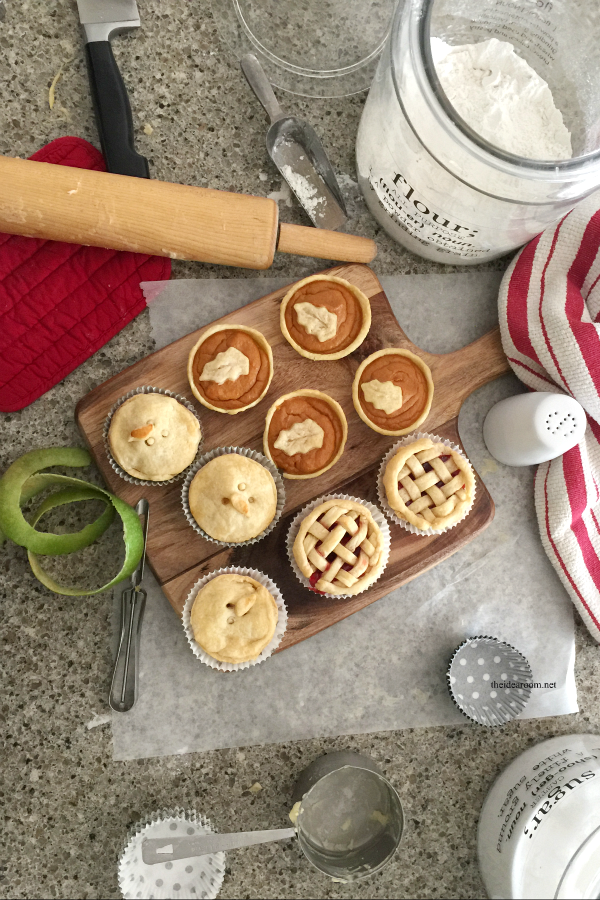 To make mini pies, you will need a good pie crust.  You can use my Favorite Homemade Pie Crust recipe, which in my opinion is one of the best recipes I have ever tried.  Or you can use a store bought recipe…but really…making your own is so much easier than you might think.  To see how I make mine you can click on the link below:

How to Make Homemade Pie Crust 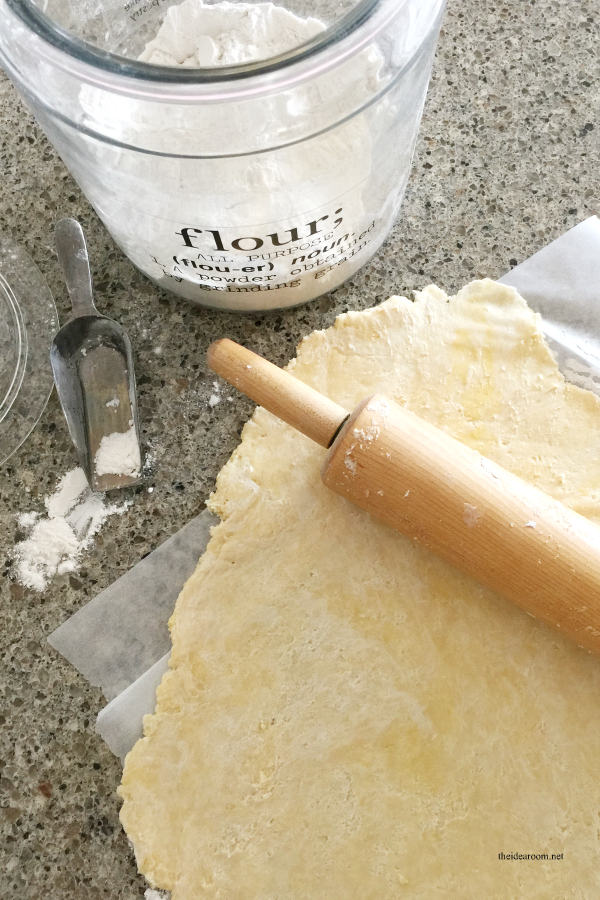 You will need to roll the pie dough out and then cut some circles out of your pie dough.  You will need a round cutter or a cup rim to cut them out.  The circle should be about a 3-4 inch circle which will depend on the size of your muffin tins. 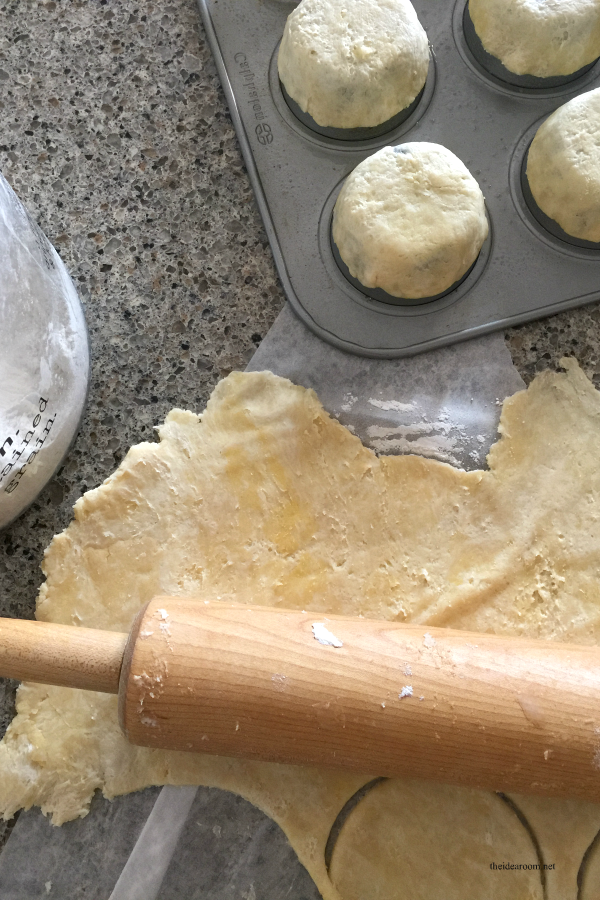 If you are making a pie that has only one crust, you can create a pie shell by spraying the back of the muffin tin with some cooking spray and then laying the pie crust on the tin.  Bake them in the a 350 degree oven for 5-8 minutes.  Let them cool and then gently remove them from the pan. 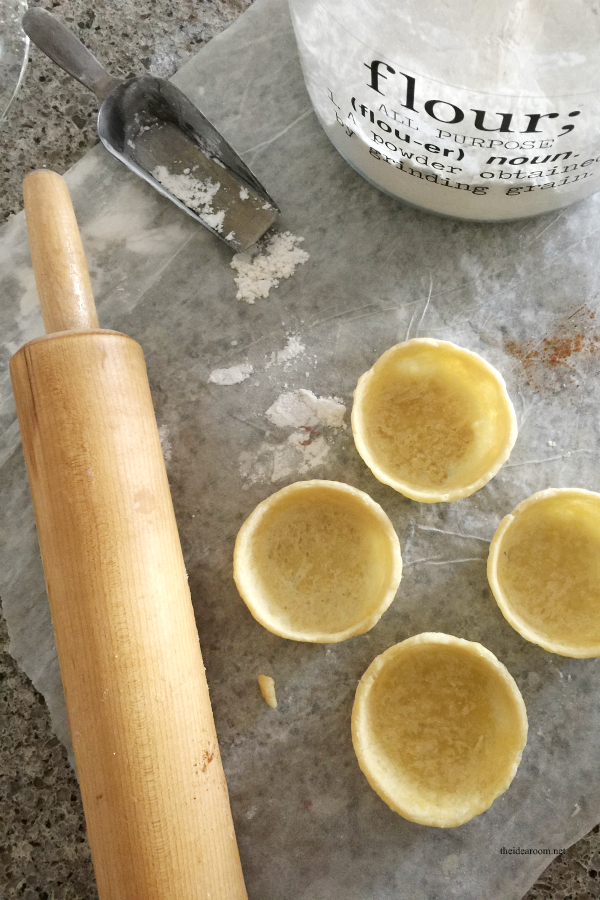 If you are making a pie that will have two crusts (a top and a bottom), you can place the circle of pie dough into a greased muffin tin cup.  Mold and shape the pie crust to fill the entire cup so that it comes up slightly above the edge of the cup. 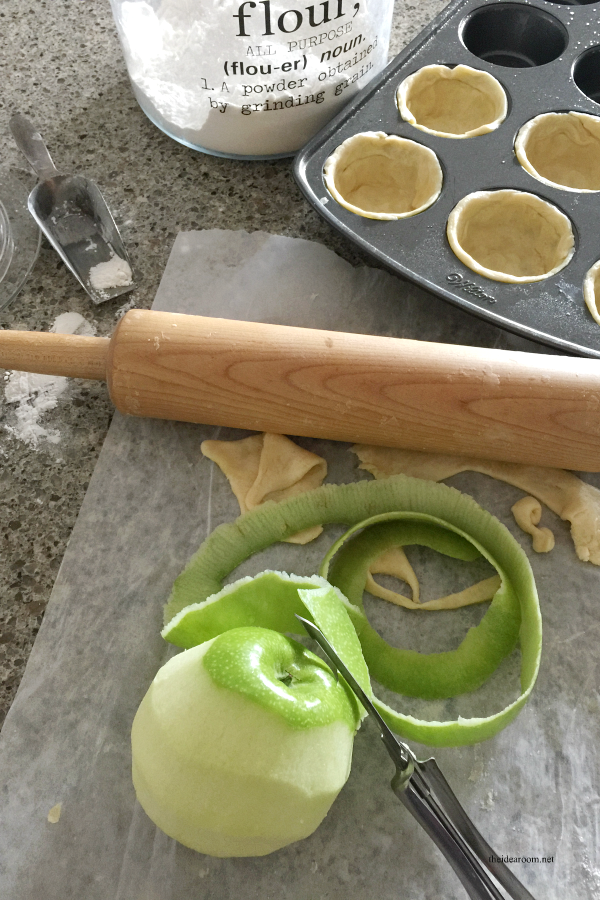 Fill your pie shells with your favorite filling.  We made some mini cherry pies and mini apple pies.  We just used a canned cherry pie filling for the cherry pies.  Then I cut some strips of pie dough and made a top pie crust by weaving the trips together over the top. 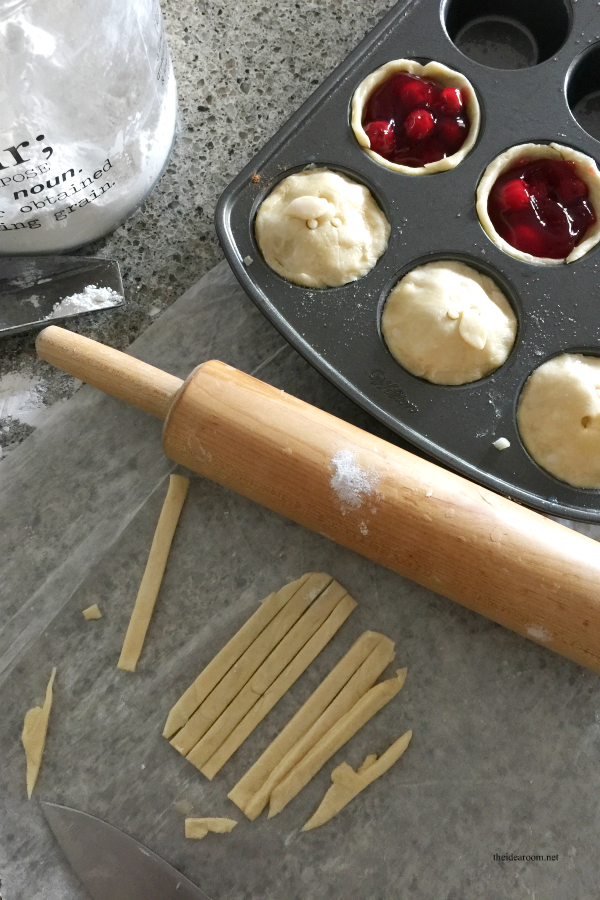 For the apple pies, I kind of just went with our Favorite Apple Pie Recipe, but down-sized it…a lot.  Basically, I just peeled a Granny Smith apple and then chopped it into small pieces.  I filled the pie shell so that it was heaping above the cup line.  Then I sprinkled some cinnamon and sugar over the apples and covered the pie with the top crust.  When adding the top pie crust, be sure to seal the two pieces together with a little bit of water.  Poke some air vents in the solid pie crust.  Bake at 350 degrees for about 15 minutes, or until the crusts are golden brown. 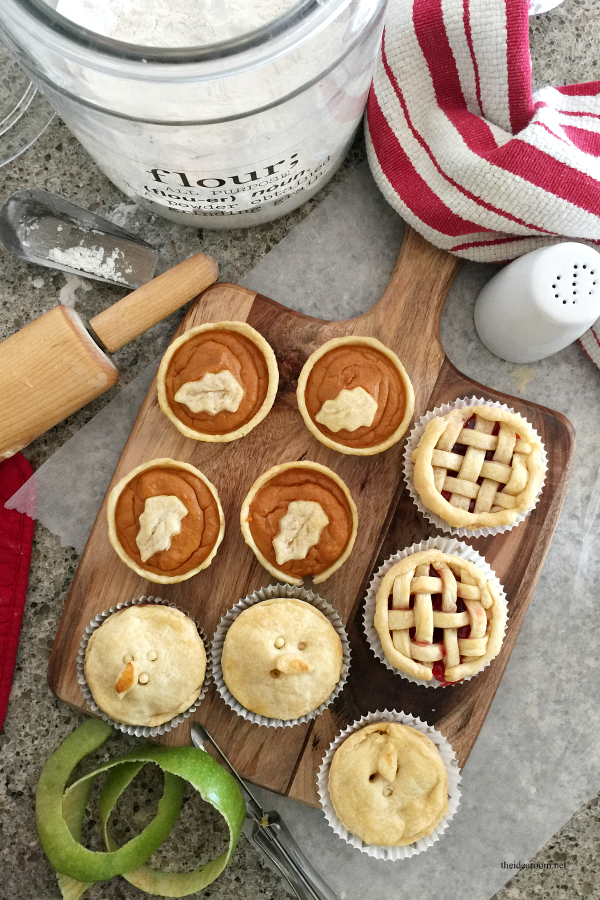 To make Mini Pumpkin Pies, simply make your Pumpkin Pie filling, fill your baked pie shells so that the filling is just below the top of the pie crusts.  Bake them in a 350 degree oven for 15-20 minutes or until the pie filling is completely cooked. 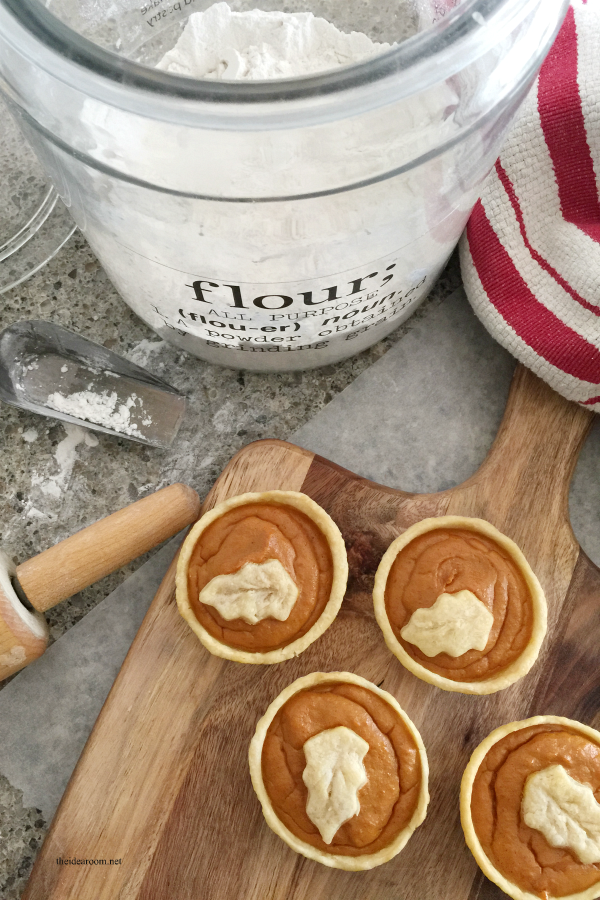 The possibilities are endless! Make raspberry, blueberry, coconut cream or lemon pies too!  Pies of every kind for everyone!  And because they are small, you are limited to just one!  Sample them all without feeling too guilty. 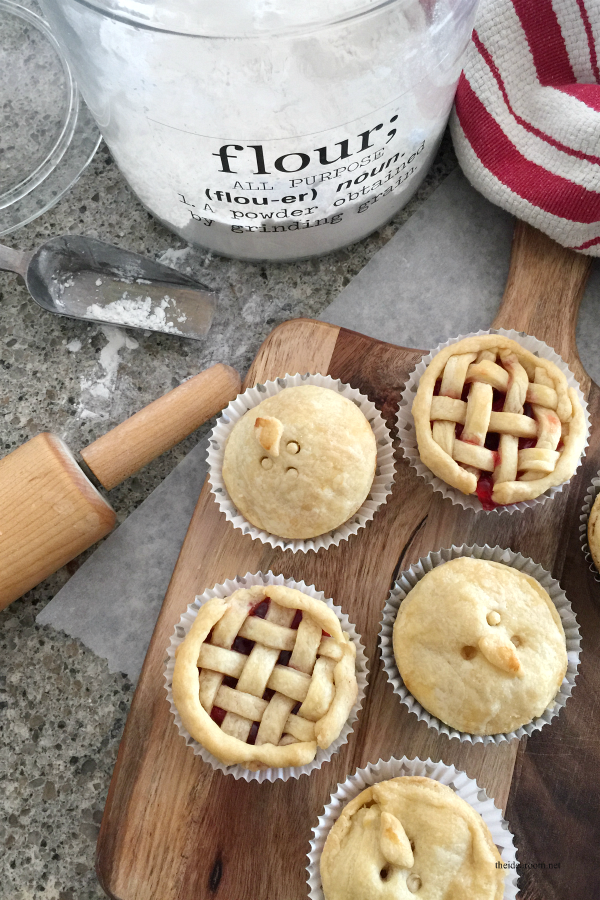 Serve these mini pies at your next shower or holiday get together.  Its a fun way to spend time together in the kitchen and enjoying some delicious treats at the same time! 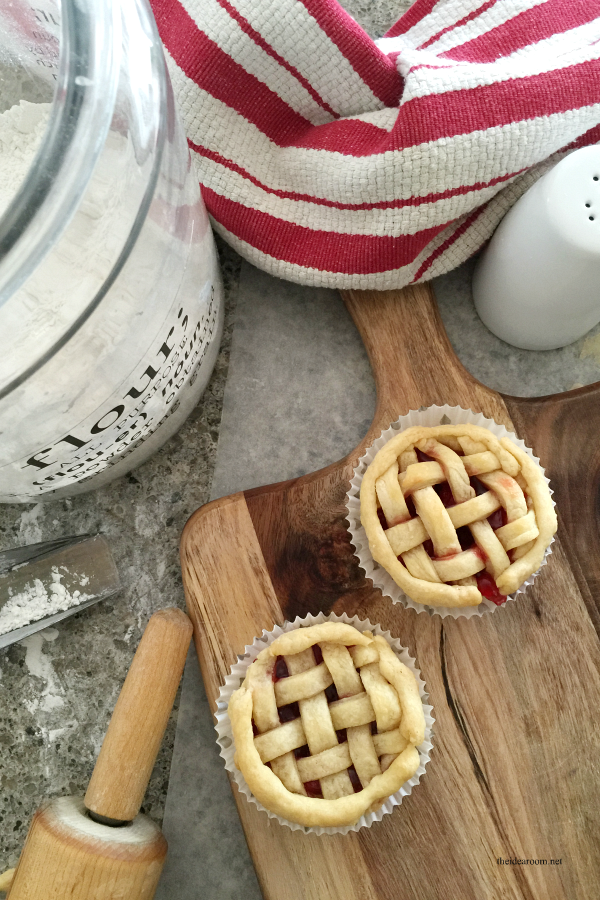 What mini pies will you be making this holiday season? You be interested in making some of these Mini Raspberry Almond Cheesecake Pies too. 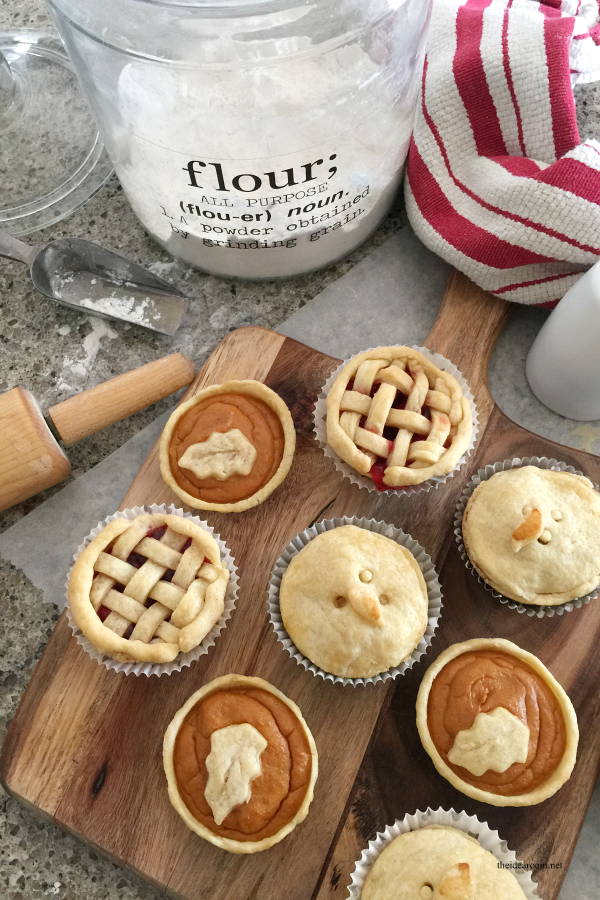 Copyright: The Idea Room by Amy Huntley © 2018; All rights reserved.
Follow on Instagram
This error message is only visible to WordPress admins