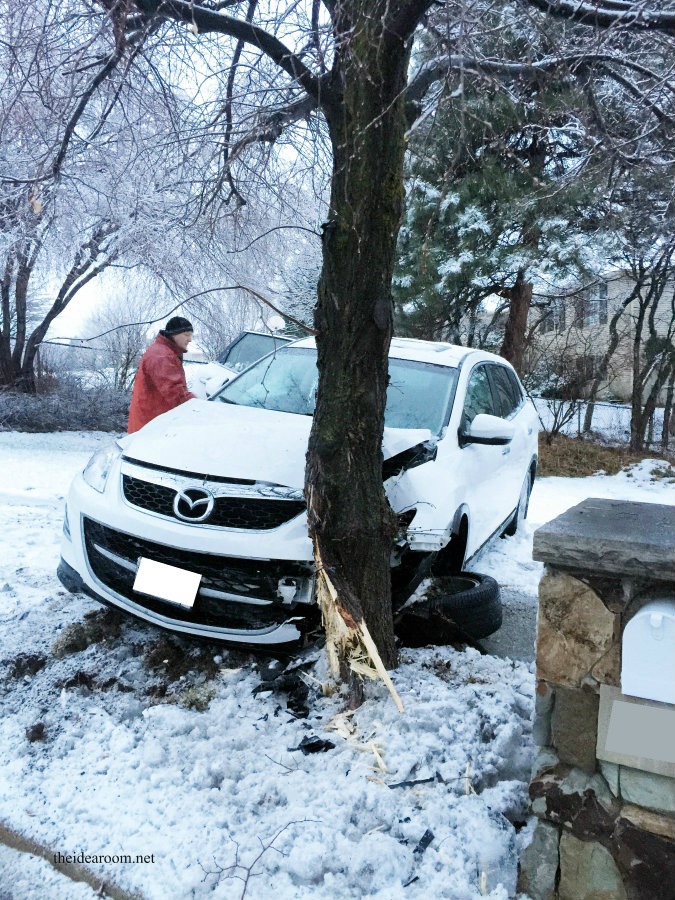 Thankfully no one got hurt…except for my car.  If you follow me on Instagram, you may have already seen this…It has NOT been a good week at our house as far as our cars go.  On Saturday my son was driving a different car up to the Ski Resort with a couple of friends, when a deer ran out in front of him while they were driving on the highway.  He hit the deer but luckily the damage to his car was minimal and they didn’t end up crashing.  The deer didn’t fare as well…RIP little guy! 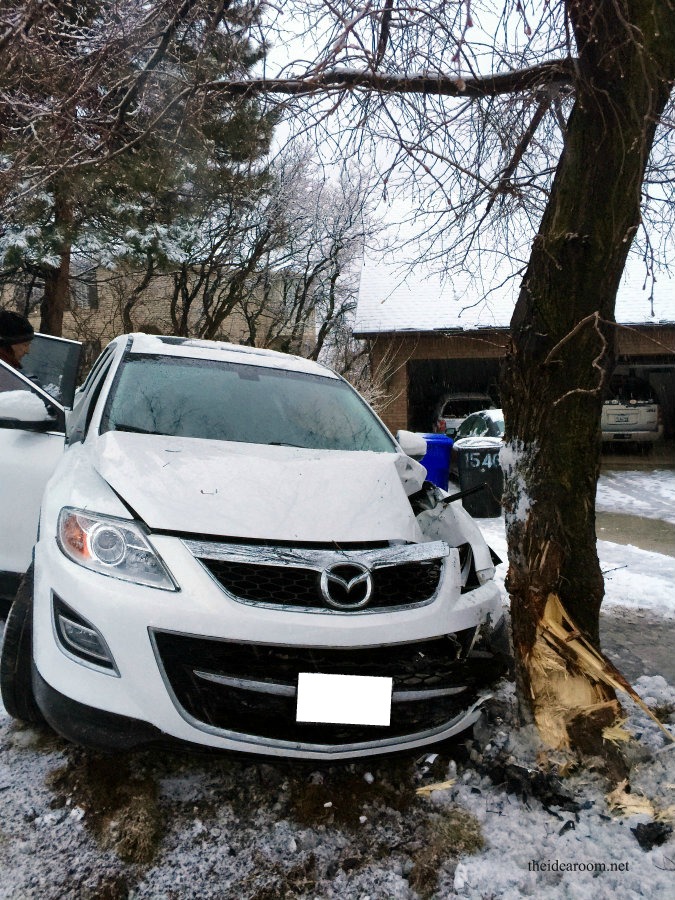 Then two days later, we had a big snow storm hit after a lot of rain, so we had a sheet of ice under the snow.  My mom, sister and I had been out looking at Condo’s for my mom who is looking to buy one and we were up on the top of a steep hill when the snow storm hit.  I knew immediately we were not going to be able to stop.  We couldn’t slow down and were picking up speed.  The brakes totally locked up and we were one giant sled heading straight for this house with a tree and large rock mailbox.  It was pretty scary.  My mom and I just looked at each other and braced for impact. 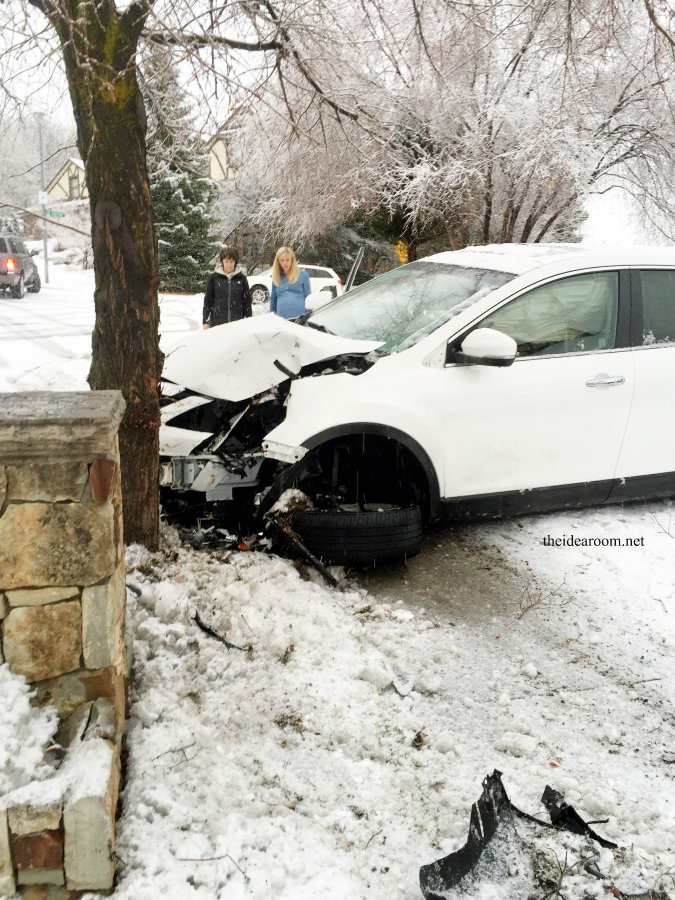 Luckily the tree stopped us before we hit the mailbox and that we didn’t hit on the side door.  I know I would have been seriously hurt if we had hit on the driver side door or the passenger door.  We also missed running into the house and their cars which would have been so much more serious!  This house and the mailbox has been hit three times now in just the last few years, the owners said. 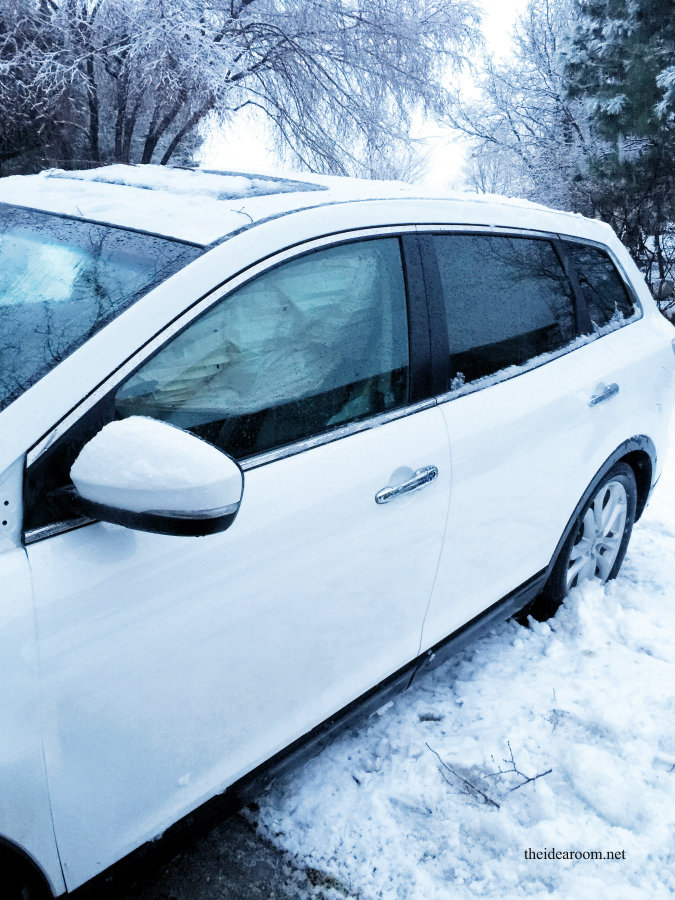 And I am praising my curtain side air bags.  I totally slammed into them and don’t have hardly any bruising (yet).  I am afraid my car didn’t fare so well.  Ugh! But we are counting our blessings and saying prayers of thanksgiving.  It could have been so much worse.  Cars can be replaced.

A funny side note that we can laugh about is that my sister had just taken a conference call in the backseat of the car and had announced herself as she was joining the conference call.  Then just a few seconds later I was saying “WE’RE GONNA HIT! WE’RE GONNA HIT!!”  I might have said a curse word or two…Sorry about that Mom!  My sister said…”Were gonna crash…I gotta go!”  just as we hit the tree and spun around.  I am sure they were wondering what in the world was going on!  Not your everyday conference call!  But all is well! 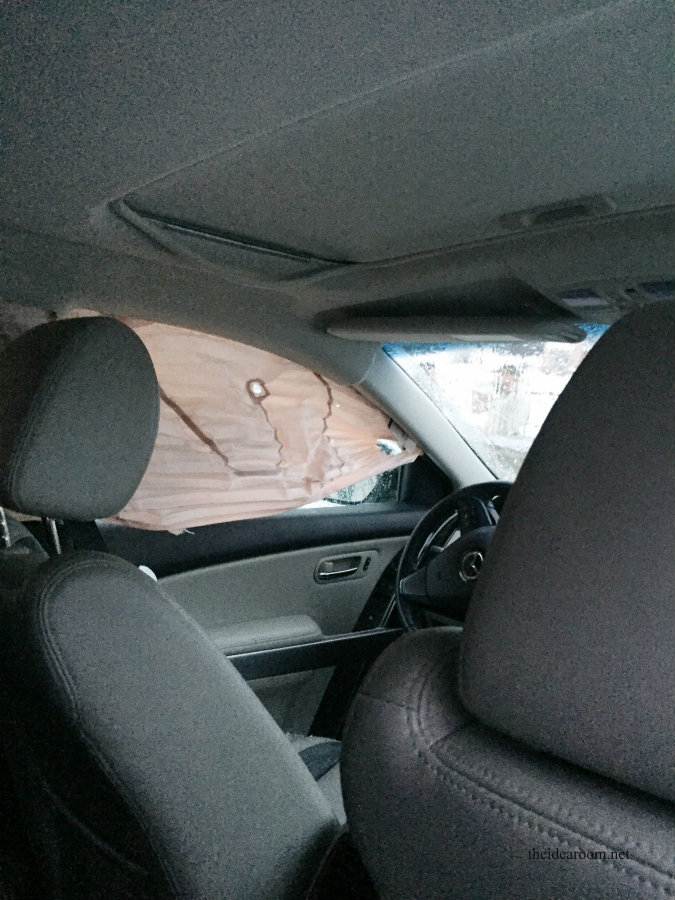 Hope you all have a safe day today! Count your blessings!

Have you ever been in a serious car crash?