Guess what I have been playing with this week? The sleek new Silhouette Cameo! I feel so lucky to have been given a Cameo to test drive and I have to tell you…I LOVE it. Plus it is super pretty! I had a couple of projects already in mind and was not sure which one to would be the chosen one for the maiden Cameo voyage.  But since I have been knee deep in grey paint and all that comes with remodeling our Master Bedroom and Bath…which I will reveal later…the project for the Master Bedroom won out.

And I am really happy with the final outcome.  But, let me tell you a little bit about the new Silhouette Cameo and some of my favorite features of it. 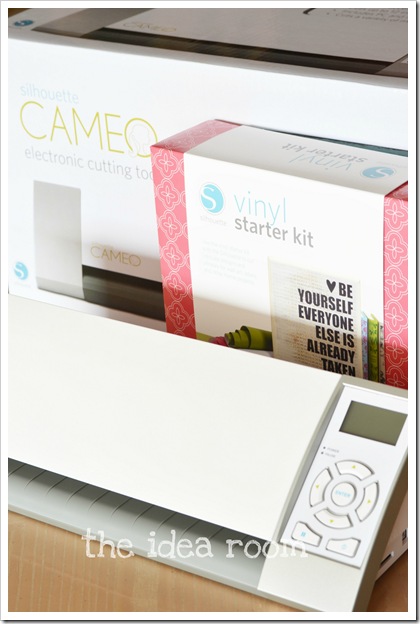 1. The Cameo can cut up to 12 inches of media so I no longer have to cut down a 12”x12” piece of scrapbook paper again.  It also gives you the ability to work easily on those bigger project that you might need to do. 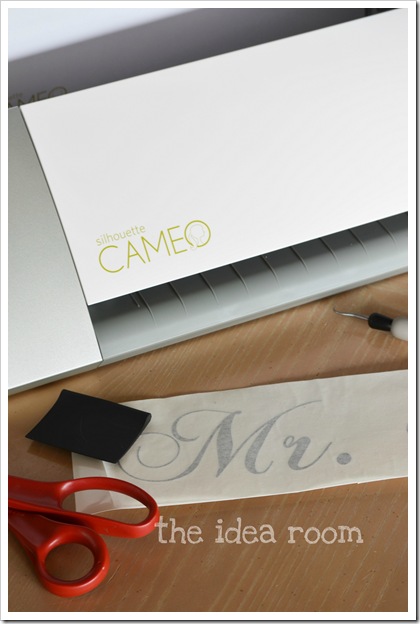 2.  The Cameo has a new adjustable blade.  Instead of three blades, there is just one blade that can be adjusted to the correct cutting ability depending on the media you are cutting.  And since it just stays in one place, no more lost blades.  All you have to do is turn the dial to the size you need. 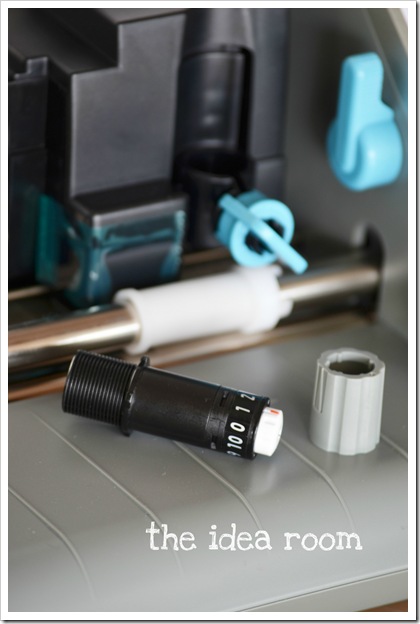 3.  The Cameo has adjustable rollers that guide your media into your Silhouette machine.  I can not tell you how many times I have had to load and unload my media to get it to load properly.  Now it is easily adjusted by unlocking this little lever and moving the rollers into a different position depending on the size of your media.  And…if your media gets stuck, no more pulling to get the media out.  Simply release the lever and the media slides out. 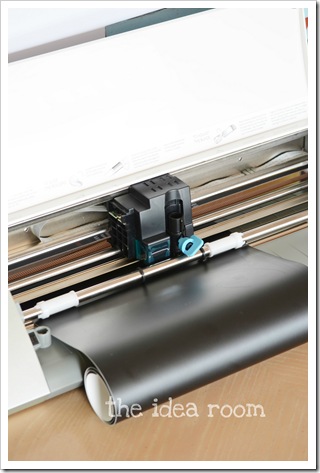 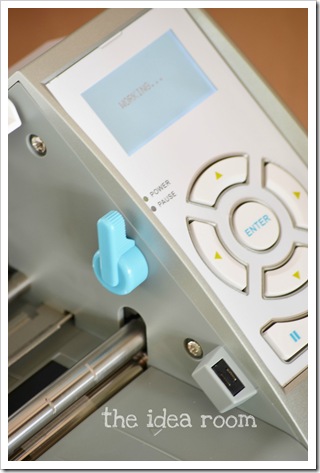 4.  The Cameo has a pause button.  LOVE this! Perfect for the times when you notice that you made a mistake at the last minute or notice that the media has not been fed properly or cutting how you want it.  This button saves time, frustration and your media from being ruined and possibly having to start over. 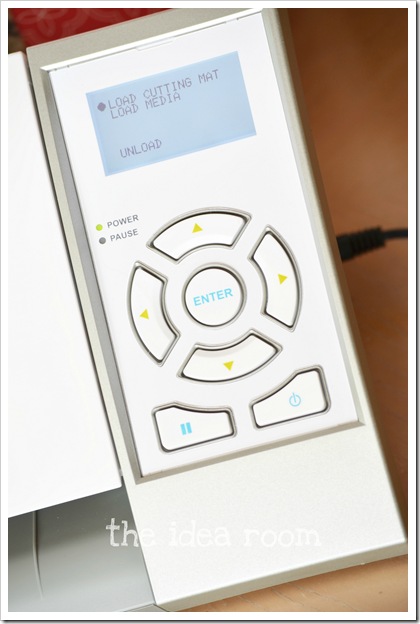 5.  The Cameo is a lot quieter when it is cutting.

6. If you already have the Silhouette SD, the transfer process was super easy.  I simply installed the program with the CD they sent me and everything just transferred over.  I did not have to do a thing.  All my previous files are now available for me to play with or use again on my new Cameo. 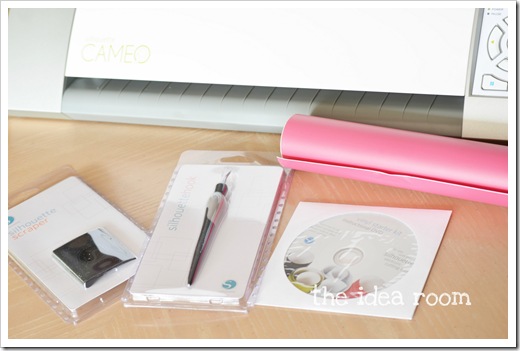 Now for the other fun part…You can get your very own Cameo today using the promo code…IDEAROOM!

By using the Promo Code IDEAROOM to purchase your own new Cameo and your choice of starter kit all for $299!

Here is a list of the goodies you will receive with the IDEAROOM promo:

Pretty cool right?  But there are only a limited number of this first shipment of Cameo’s available.  So be sure to hurry on over and get one for yourself.  An early Christmas present!!

All opinions are mine.

I was given a Silhouette Cameo machine to test and review.

I was in no way obligated to give a positive review.

But I really love this machine.

Homecoming 2020! So grateful they were able to att

Cleaned up the back deck which was much needed aft

Who had hurricane force winds on their 2020 Bingo

I gave my kitchen hutch a new coat of paint! It’