One of my favorite food flavors is cinnamon! I love it on so many different things…so why not enjoy it with one of our favorite breakfast foods…Cinnamon Swirl Pancakes! Seriously! These are like eating a warm and gooey Cinnamon Roll right out of the oven…without all of the work! And it passes for breakfast…I call that a win! 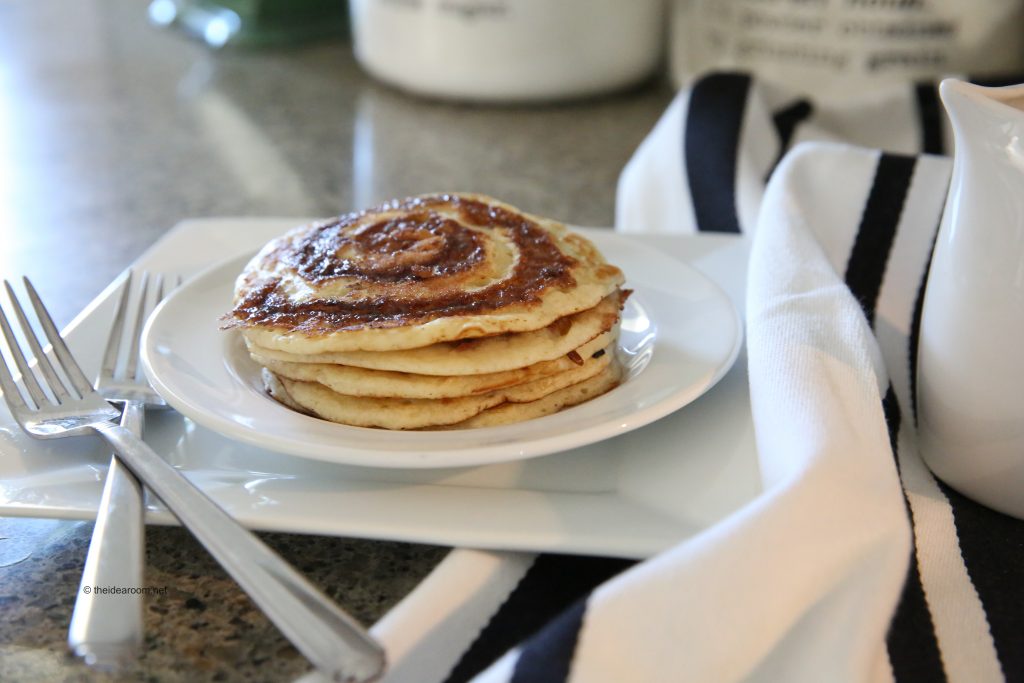 This recipe has been a family favorite for years which was passed down to us when we were first married by some of our good friends. We had spent the weekend with them on a little trip together and they made these Cinnamon Roll Pancakes for us one morning! Life changing I tell you!!

HOW TO MAKE CINNAMON ROLL PANCAKES

These pancakes are not as hard to make as they may look! But you do need to prepare a little bit in advance and have a couple of the right tools to make these as easy as possible.  You will want to make the Cinnamon Swirl Mixture before you start making the actual pancakes and then set it aside. We put our cinnamon and sugar mixture in a squeeze bottle like this one so that it makes it easy to add the swirl to your pancake. 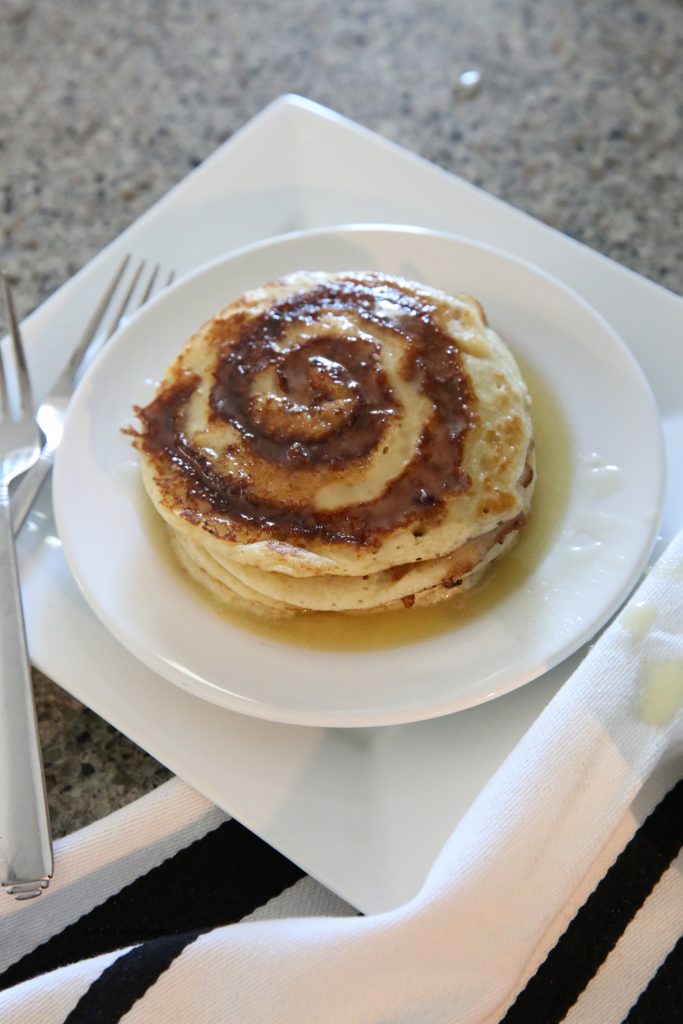 We find it best if you make these on a hot griddle (about 350 degrees) and spray the griddle between each set of pancakes.  You will also have a little bit better success scraping the pancakes off the griddle with a thin spatula as opposed to a thicker one. Does that make sense?

To make this Gluten Free, you can substitute the regular flour with an all-purpose Gluten Free Flour. We love’s Bob’s Red Mill Cup for Cup Flour. Then just add the buttermilk until you like the consistency of the pancake mix. For a thicker pancake use less buttermilk.

*To make this Gluten Free, you can substitute the regular flour with an all-purpose Gluten Free Flour. We love's Bob's Red Mill Cup for Cup Flour. Then just add the buttermilk until you like the consistency of the pancake mix. For a thicker pancake use less buttermilk. 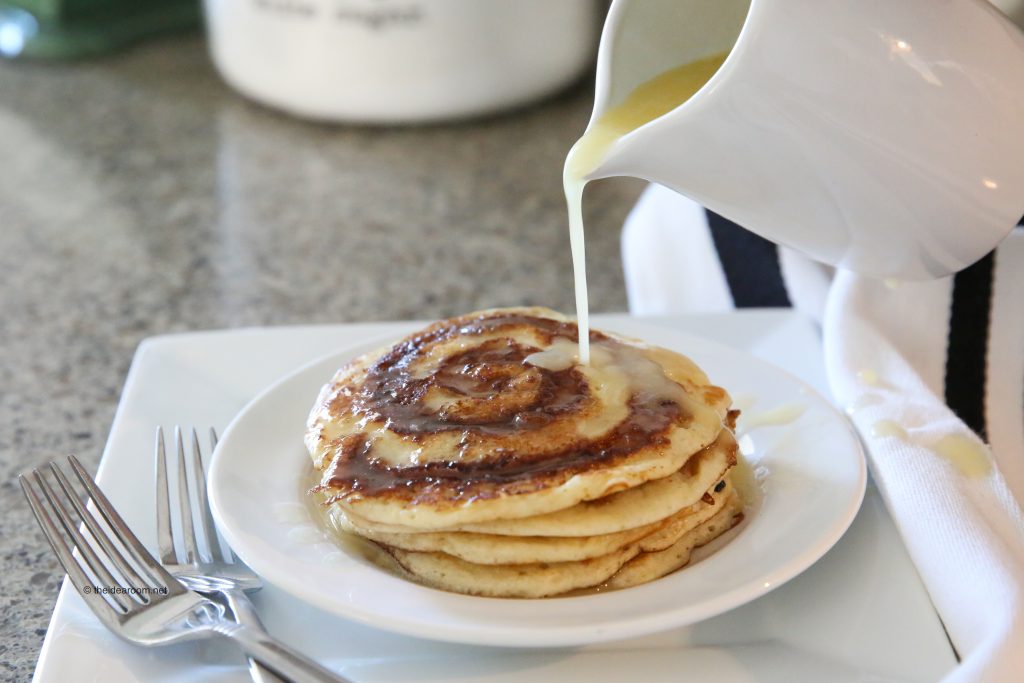 Make these even better (if that’s possible) by serving them with our delicious Homemade Buttermilk Syrup Recipe! It’s so simple to make and tastes amazing! You might have to double the batch if you have people that like to drown their pancakes in syrup…I plead the fifth on this one! 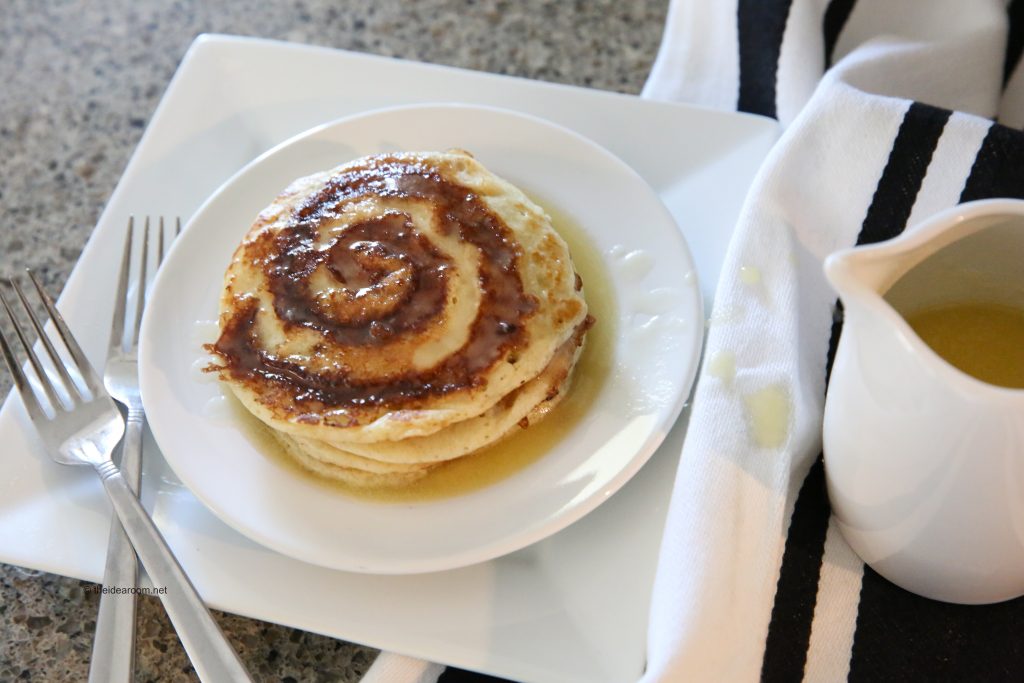 *Store in an air-tight container if you have any leftovers. Good for one week in the fridge. 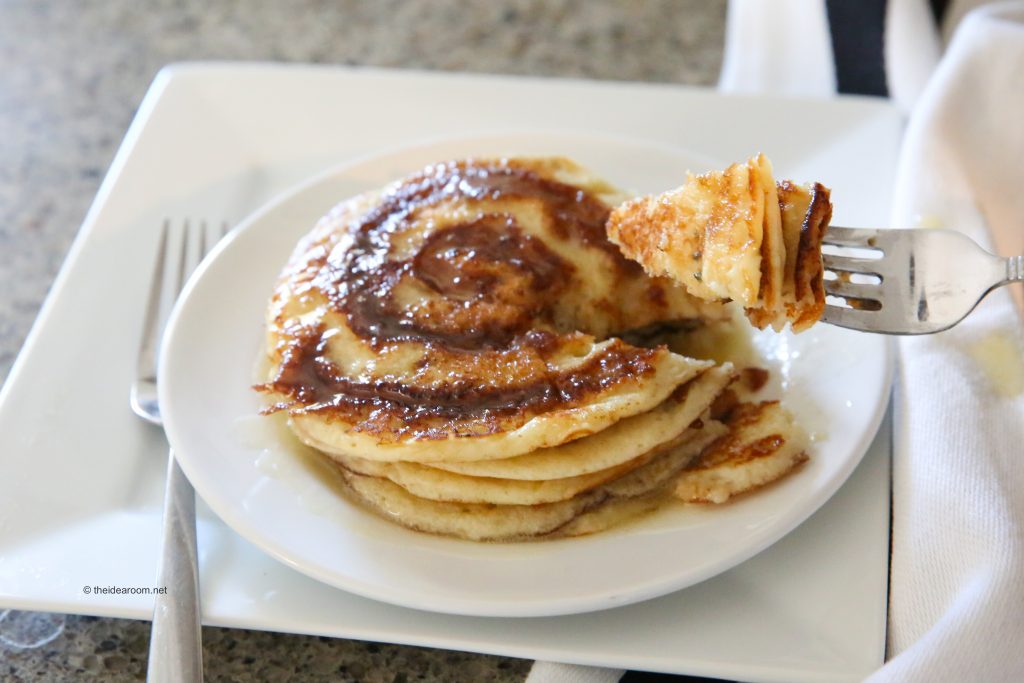 If you love Breakfast Recipes, you might want to try our other favorites!

We were able to tag along to my husbands business