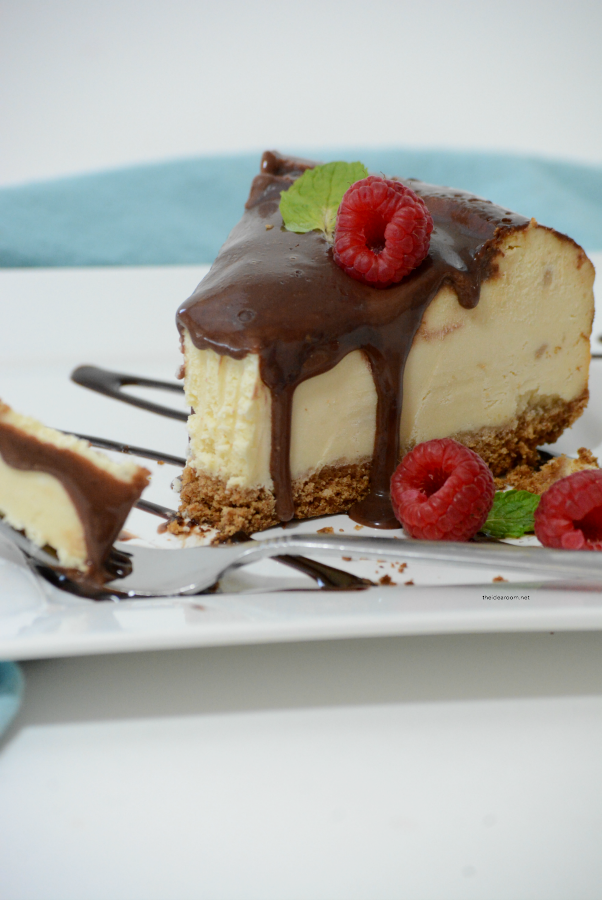 I personally am not a huge fan of Cheesecake…are you?  I can only eat one or two bites before I have to stop.  It tastes good but is a little too rich for my tastes.  My boys (including my hubs) on the other hand could eat a whole cheesecake all by themselves.  I recently made this New York Cheesecake Recipe for my son’s birthday… 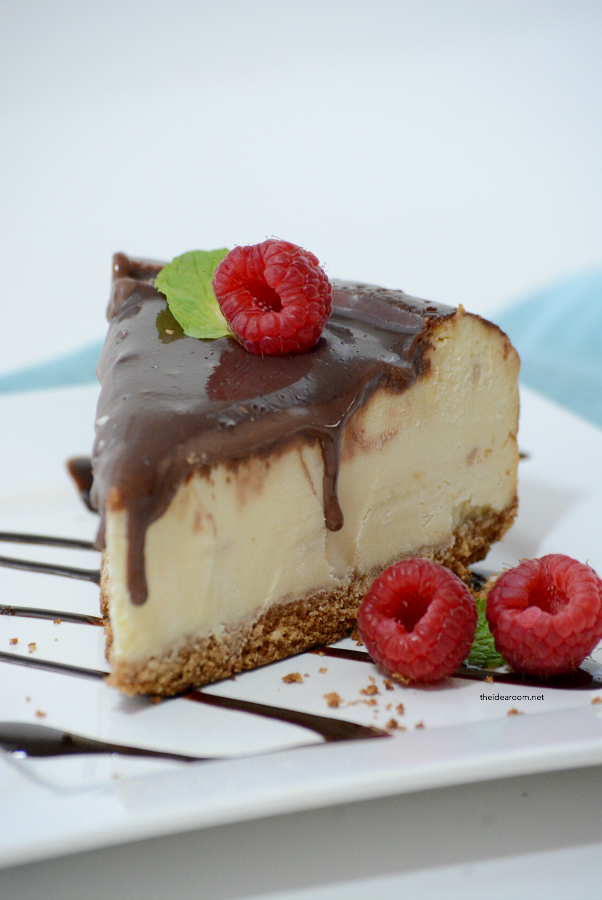 This New York Cheesecake Recipe was a hit.  I stole a couple bites of my husband’s piece and that was good enough for me, but the rest of the family managed to gobble it up without any trouble.  As you know, cheesecake is a high calorie dessert, so this is one that we save and make only on those rare occasions!

I added this chocolate sauce to the New York Cheesecake because…well…why not?  You can’t go wrong with some extra chocolate sauce.  And we were well beyond the calorie intake at this point :).  Just limit yourself to one small piece and make sure to eat well for several days to make up for it…haha! 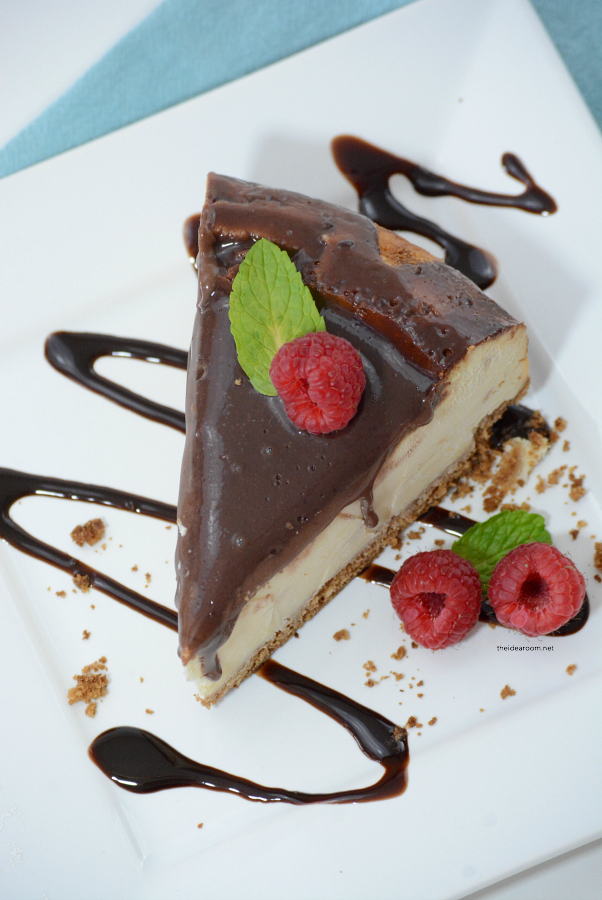 If you are not a fan of chocolate sauce, simply leave it off.  Or make a delicious raspberry sauce to drizzle over your New York Cheesecake.  This is another delicious way to serve it.

You will need a springform pan to make this cheesecake.  It will fill the entire pan so be sure you have a tall one. 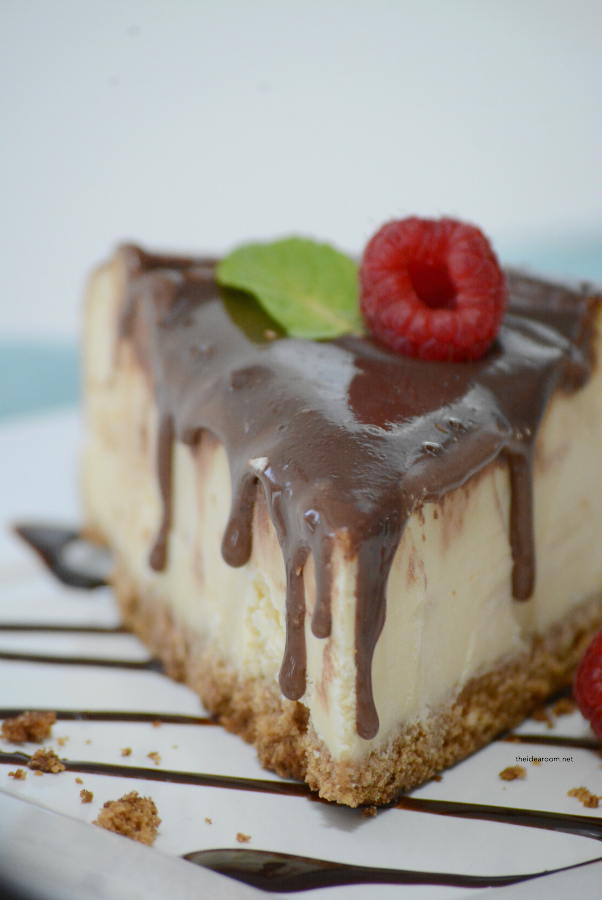 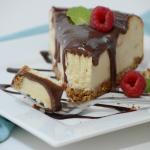 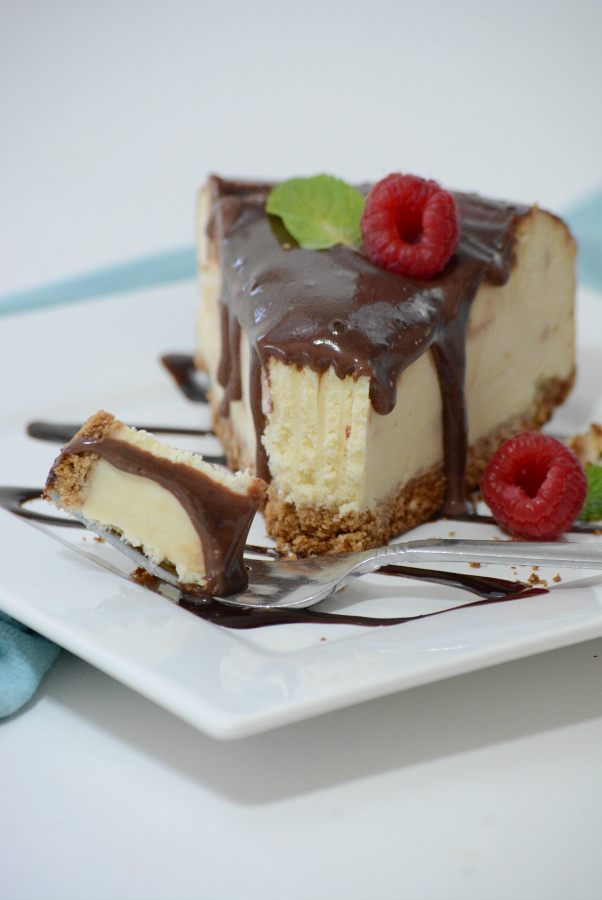 HOW TO MAKE CHEESECAKE 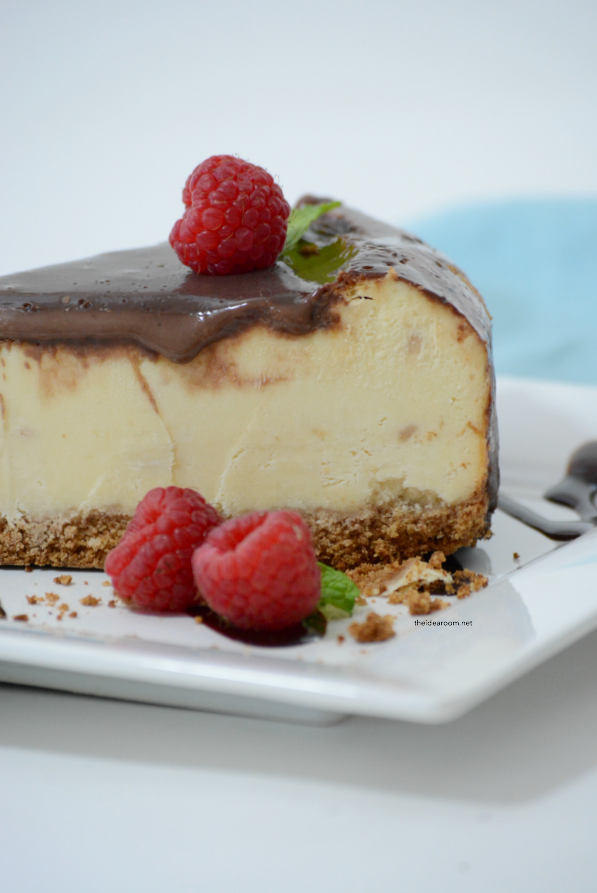