I felt like the last posts were super heavy and I wanted to lighten it up a little–no pun intended:)  This post is for anyone with any camera. 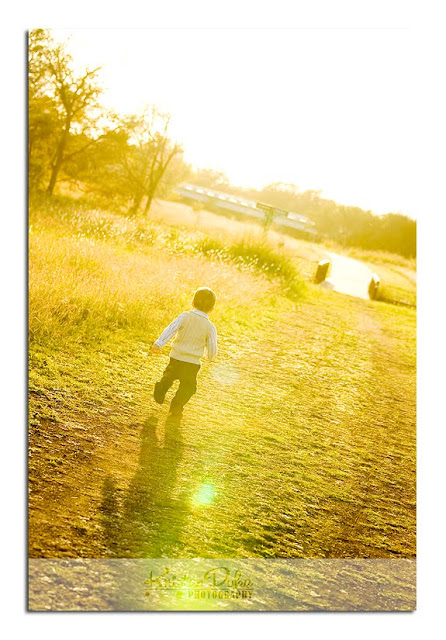 I’m going to start with a few stories that lead into today’s topic–looking for the light in photography.

Story #1 About 6 years ago when I was still shooting on auto, I started looking around other photographers blogs/websites and would often see this:  “I shoot only natural light….”  I remember calling in my husband laughing and saying, “well, sheesh, that’s funny, anyone can shoot natural light, its the easiest part of photography.”  Little, little did I know what the phrase natural light really meant.  I only knew that in my auto settings when I was outside, I got better pictures than when I was inside with my flash.  Am I right?  I think we all know that.  I used my flash outside–if the camera thought it needed to pop up–and sometimes I didn’t.

Story #2  I still regularly peruse photographers blogs.  I love to look for inspiration and get to know them through their writing.  I am very surprised when I read their happiness that they got to shoot on an overcast day.  And this isn’t always from the mouth of mediocre photographers (me–6 years ago) but from those that I respect that produce great work.  Now don’t get all embarresed if you have thought that or said that before, because I get it.  The sun is a very tricky beast!  It can be difficult to work around.  I am going to give you some tips here on taming that beast–having the sun work to your advantage to where you actually want to have the sun around to give that beautiful golden glow.

With all that said, I now consider myself a natural light photographer.  My flash and lightsphere diffuser usually stay at home.  I know some photographers also use them outside to even the light on a subjects face or to bring the catch light into the eyes, but I personally don’t.  I like to work with just my camera, to achieve the most natural of lights.

Light in the Eyes
I mentioned the catch light.  When photographing an individual, always look for the light in their eyes.  Turn them around until you get it.  If not, you will get what photographers often call, dead eyes (and dark bags under eyes–racoon eyes–often accompany that).  Here is an example taken just for this tutorial. 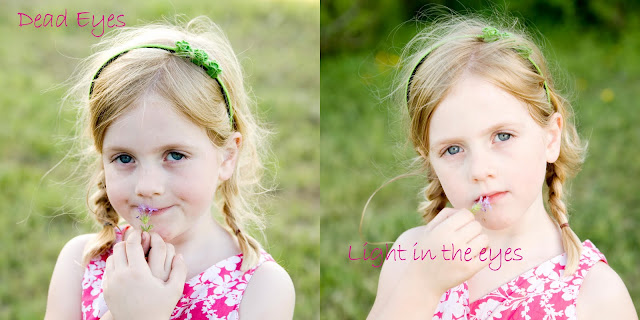 She is standing in the exact same spot.  The shot on the left, the sun is behind her.  The shot on the right, she is looking in the direction of the sun.  Now, she is still in the shade, but what I like to call open shade.  It is at the edge of the shade line, just before you hit the sun line.  I took a picture of the scene so you can understsand a bit better. 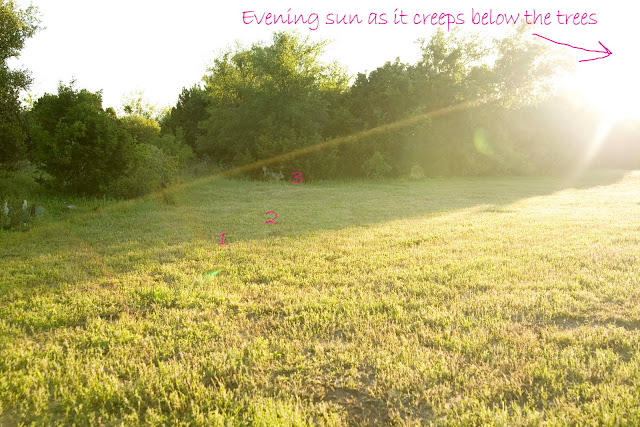 In spot #1 I have listed above, I took this shot below: 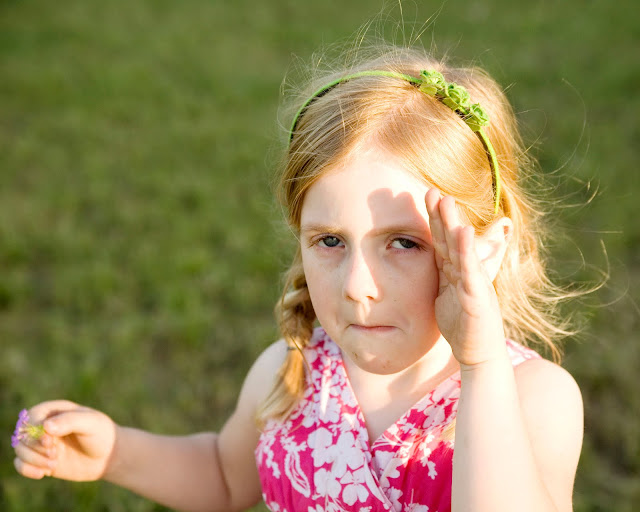 She was actually standing in the shade, but the sun still reflected on her face.  Not conducive.  Can you tell she isn’t a fan?
The dual shot above was taken in the #2 spot on the field.  That’s ideal.  Close to the edge of the light, so you still get the ambiance of the light while not being in its direct path.
Here’s the deal…if you used a reflector on the “dead eyes” shot, you would get the light in the eyes.  I’m just too impatient and move around too much to use a reflector.  Sometimes I wish I used one.
#3 spot is fairly deep in, and even if you face in the right direction, it wouldn’t be as great.  That would be more “closed” shade instead of “open” shade–at the edge of the light.
When photographing people, especialy individuals or two, always look for the light in their eyes.
But guess what?  Sometimes I break the rules.  Sometimes I am more concerned with the beauty of the background that I am willing to sacrifice.  Not an individuals though.  On families, you can’t see the eye sparkle as well and I’m ok with the eyes a bit darker, to get the scene.  Like this shot below: 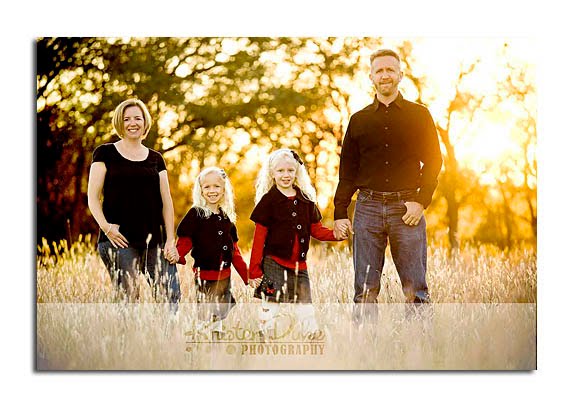 *70-200 lens on 169mm *ISO 640 *f 4.0 *ss1/500
A very large reflector might help that, but it just doesn’t matter as much with a group.  I love this spot in the evening because the trees are used as a partial diffuser of the sun.  It still offers its lovely glow, but through the trees as it glistens.
Here is another of the girls: 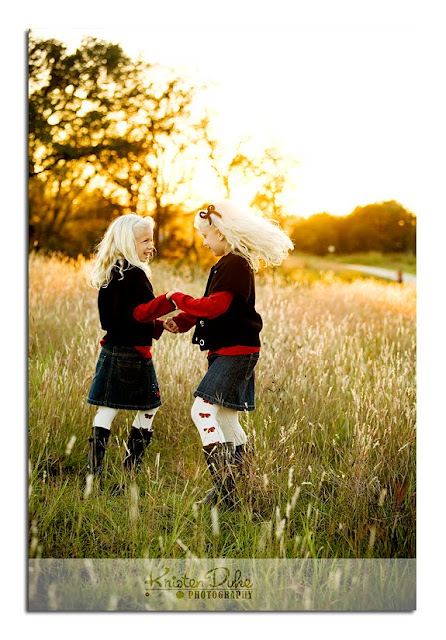 Here is a couple I photographed in the same spot.  The sun behind them, and their eyes look great–full of life. Because they were low to the ground and the field they were in reflected a little into their eyes.  If close enough, white shirts on the photographer can also act as a reflector. 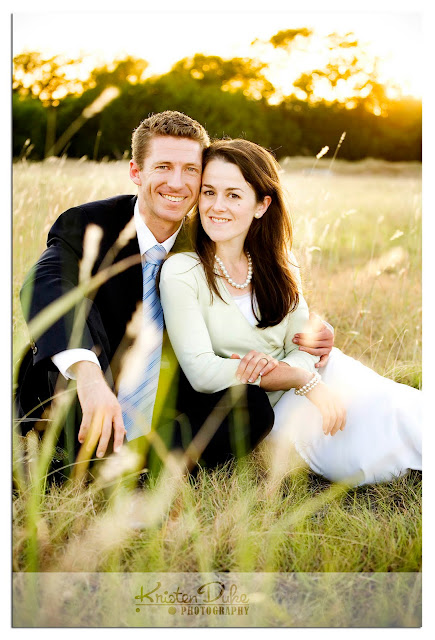 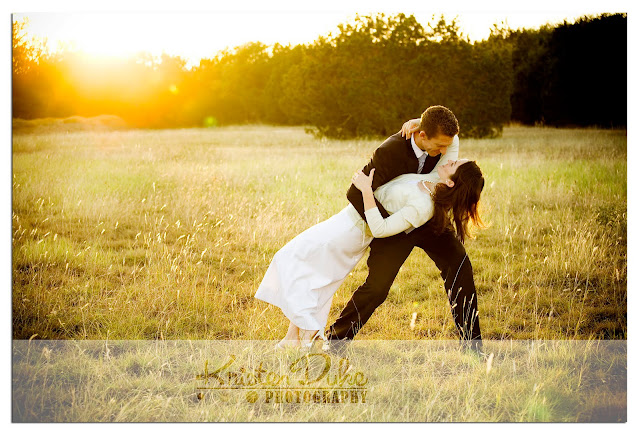 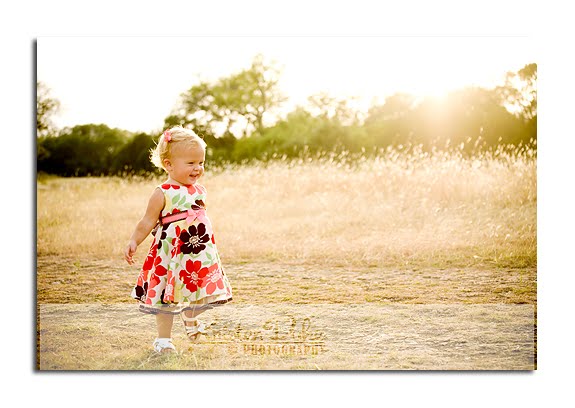 *70-200 lens on 70mm *ISO 200 *f 4.0 *ss1/500
What about a silhouette?  We need that sun for a good silhouette.  Here are two examples, both happen to be maternity, I always do a silhouette with a maternity session, and only sometimes with others.
With maternity example A here, the subject is under a tree.  It was broad daylight, and my best option was to be in the shade and shoot out to the sunlit spot.  At first, I was bugged by the “stuff” in the background, then decided I like the urban feel of it.  She ordered this as a larger wall print, so she liked it, too! 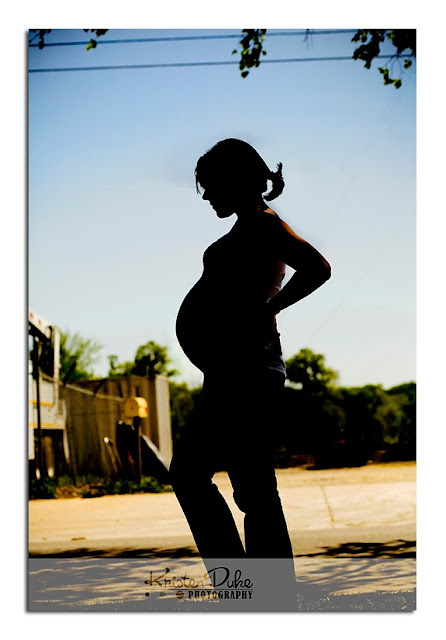 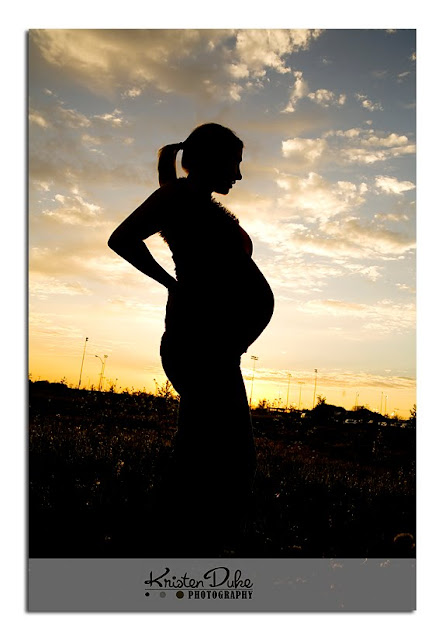 *28-75 lens at 68mm *ISO 200 *f 9 *ss1/250
In both cases, when you shoot a silhouette, set your manuel settings as if you were shooting the bright sky without someone in front.  Take a few sample shots.  You will have your shutter speed way up (just above my f-stop was up, so ss wasn’t as high). When  you see good exposure for the sky without the person, put the person in and take another–same settings.  You still may have to play a bit, but that is my silhouette secret trip.
3 extra tips:
1.  I always make them position their arm awkwardly back so it doesn’t look like they are an armless woman 2. ponytail helps to see the facial features
3.2nd hand should be out of site or it looks weird
Lastly, AVOID the speckled light.  That’s my term for it. It’s when you are under a tree and getting some light speckles on the subjects face.  It happens a lot!  Move the person around (harder with a group) until they are out of it.
Here is a gal’s before and after, I just moved her a few feet over and lovely light! (It isn’t a true before and after b/c she doesn’t have the same pleasant smile in #1, but I wanted you to get the idea).  This usually happens mid-day when the sun is high in the sky. 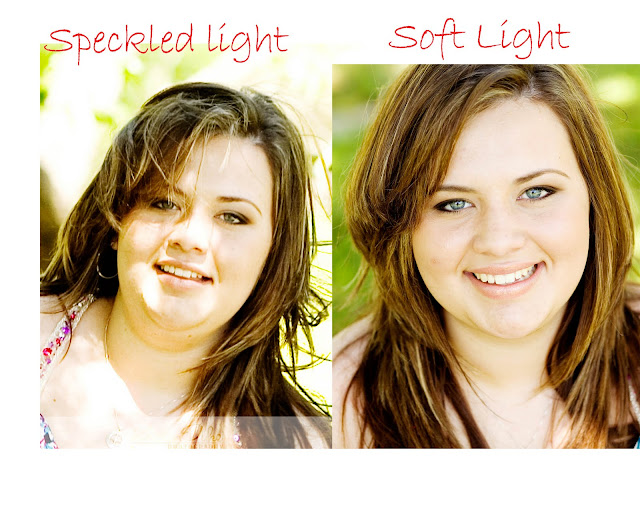 (right image) *85mm *ISO 250 *f 3.2 *ss1/400
Even when you aren’t photographing, watch the sun, where it falls, and your setting.  I know that certain spots are better in the morning, and others better in the evening.
Here are a few other shots where I used the sun to my advantage:
Photographers love sun flare–most clients don’t. Notice evening sun in top corner. 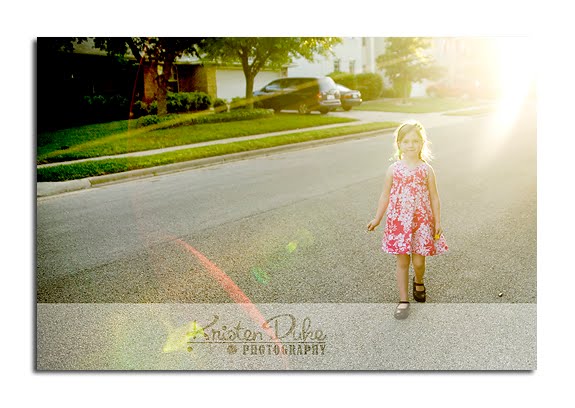 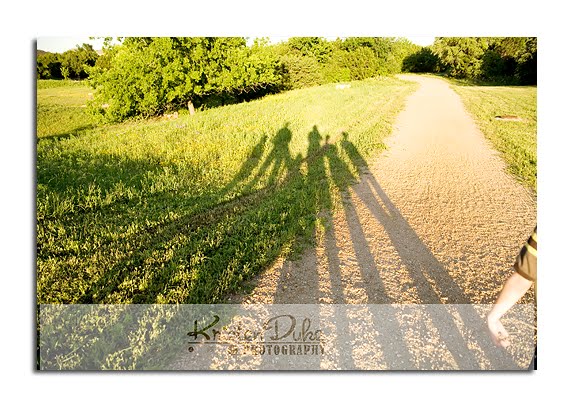 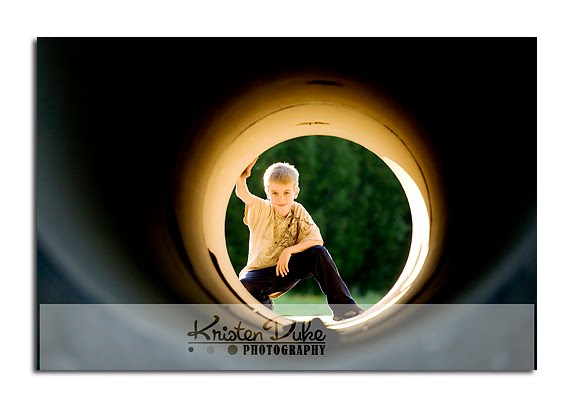 P.S. I am doing a comment appreciation giveaway over on my blog.  If you’ve commented there recently, you might be a little happy:)