Exactly one year ago our family room looked like this! This poor room was covered with wallpaper from the 1980’s when we moved in 14 years ago. Unfortunately the wallpaper was put up originally directly on the dry wall (without painting it first)…gah! It was a nightmare to remove and as a result, the walls were in pretty bad shape. 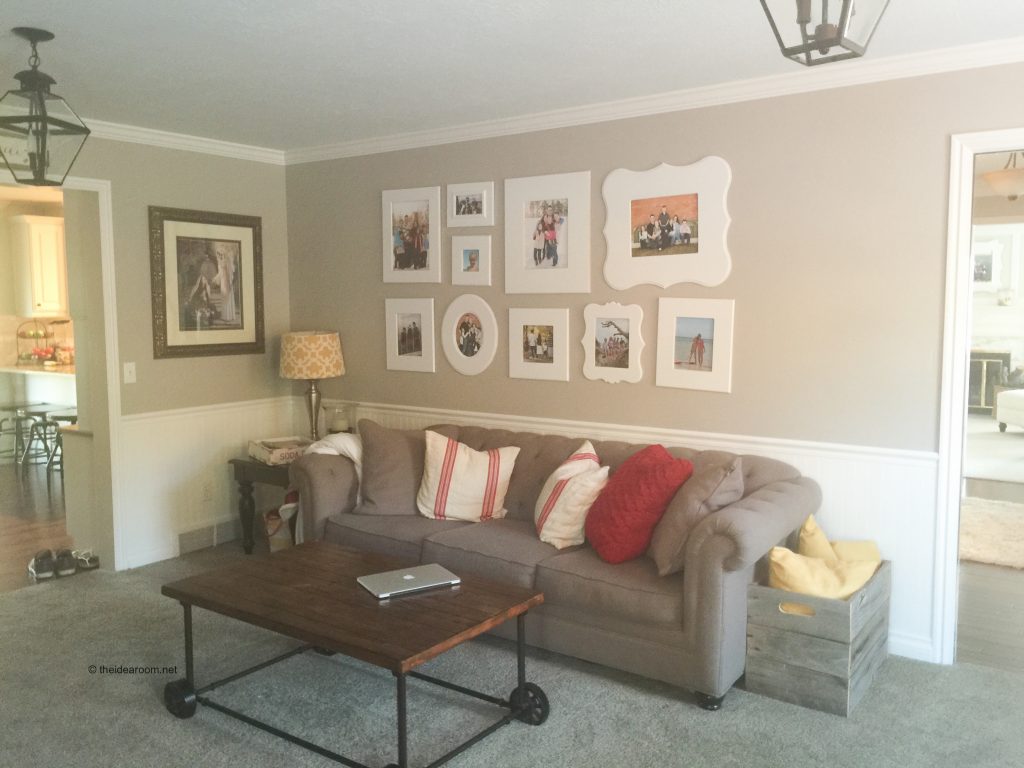 We didn’t have any extra money to fix it up at the time how we wanted it, so it sat in this state for too long. I wasn’t a big fan of the brick and the wood burning stove, especially since we already had 3 other fireplaces in the home.  I felt like the fireplace wasn’t really the style I wanted in my home and it made for an awkward furniture arrangement in the room. I wanted to rip it out…but my husband wasn’t quite on board with that idea.  So the room just sat this way. 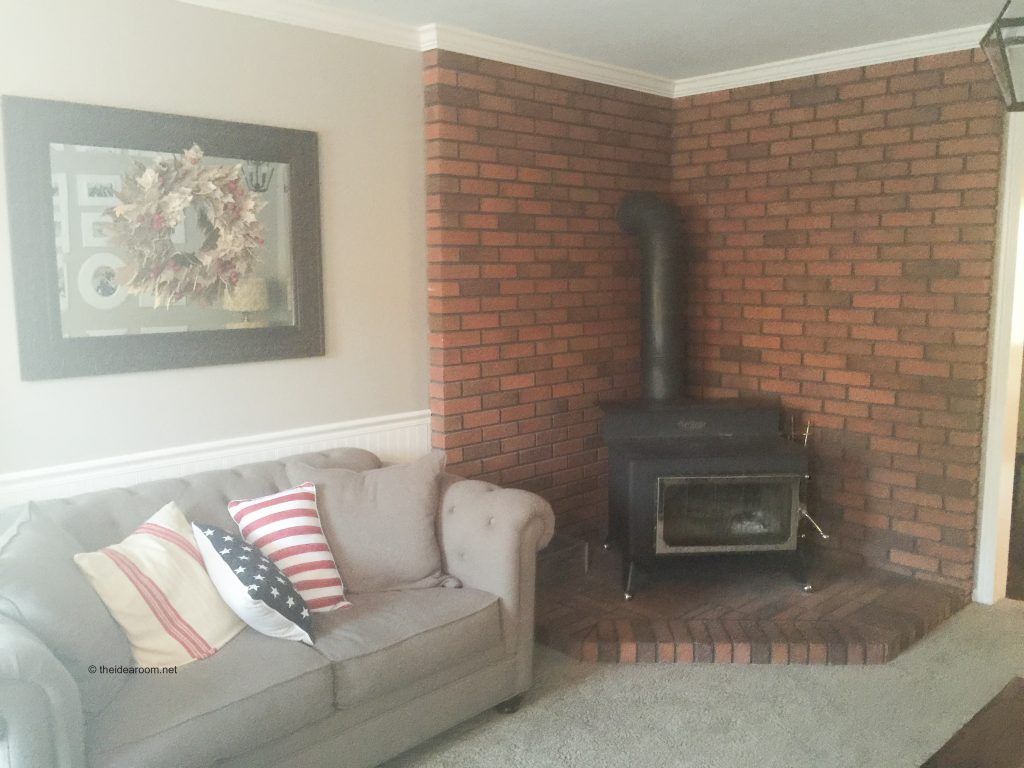 Last Memorial Day weekend, we suddenly had some plans cancel which left us the entire weekend open…which rarely happens.  We were wondering what to do and my husband said, “We could take out that fireplace that you don’t like!” What?! Heck yes! I hurried and snapped these before photos on my phone and we immediately began taking the room apart! I was so excited! 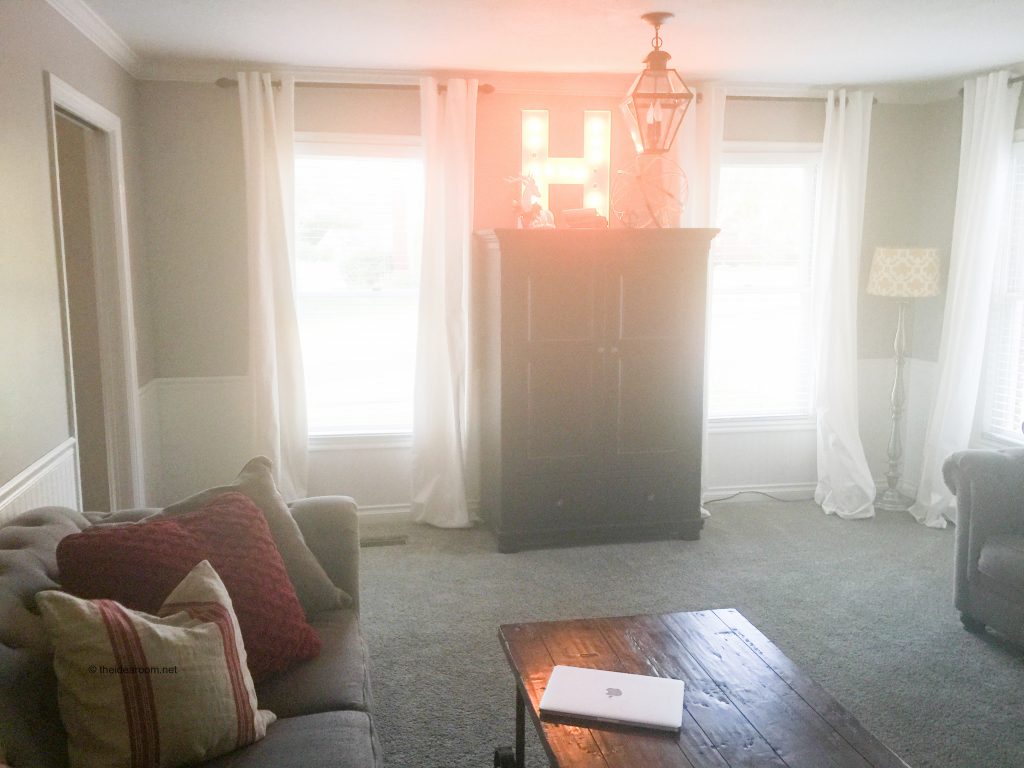 We started by taking down all the crown moldings, chair rail moldings, baseboards and the paneling on the bottom of the wall.  We pulled them off carefully so we could reuse the crown and baseboard moldings again. 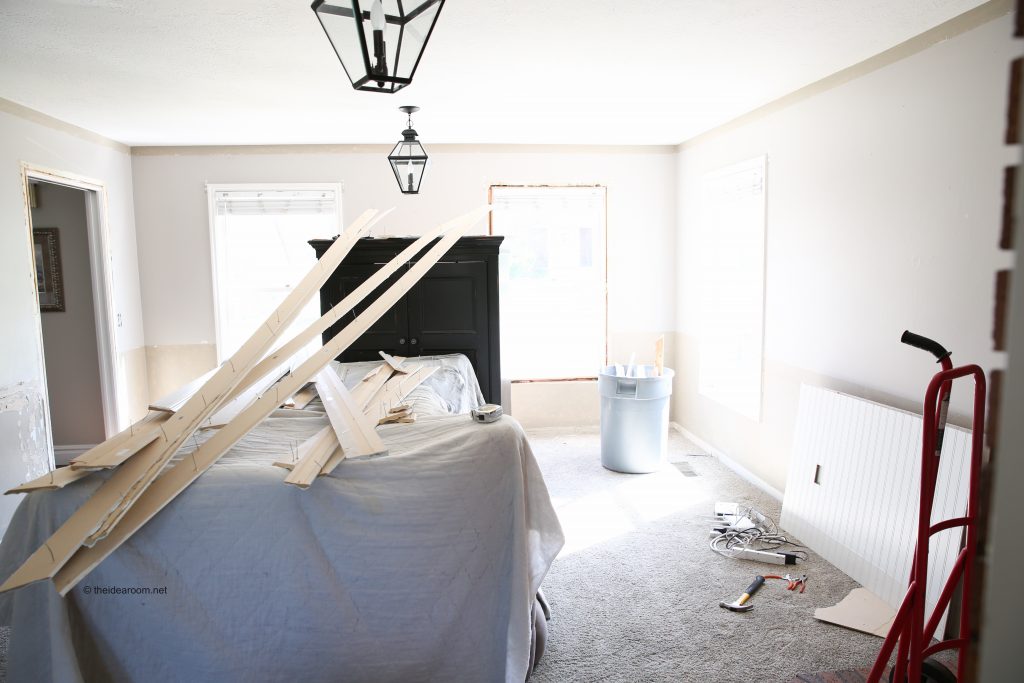 Then we took out the wood burning stove and ended up selling it in the classifieds a couple days later. 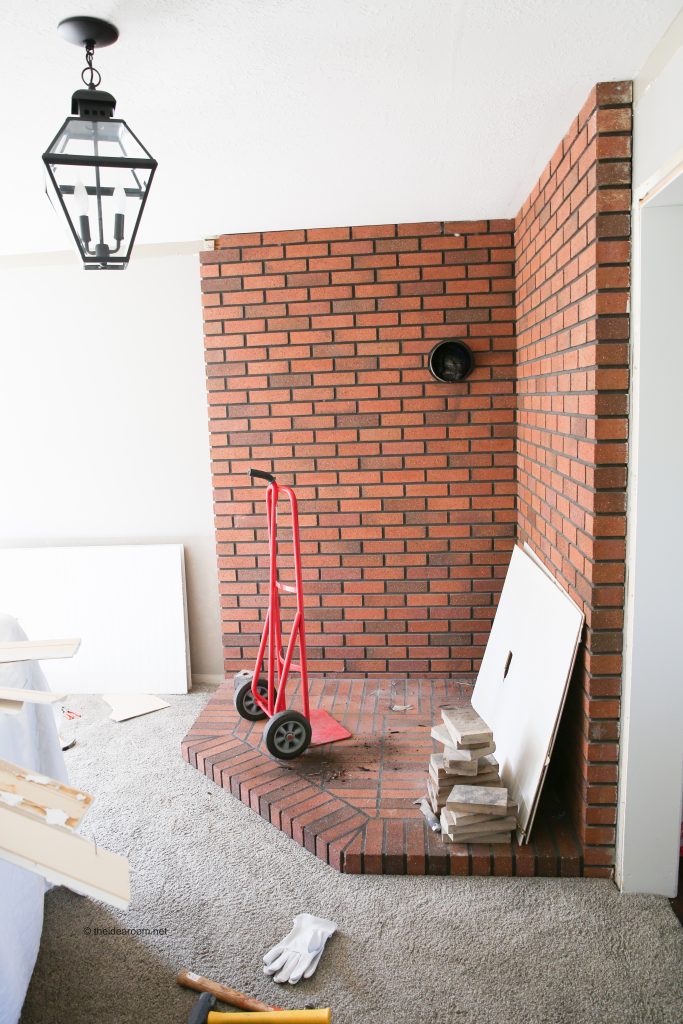 Then came the really fun part…taking the bricks out. 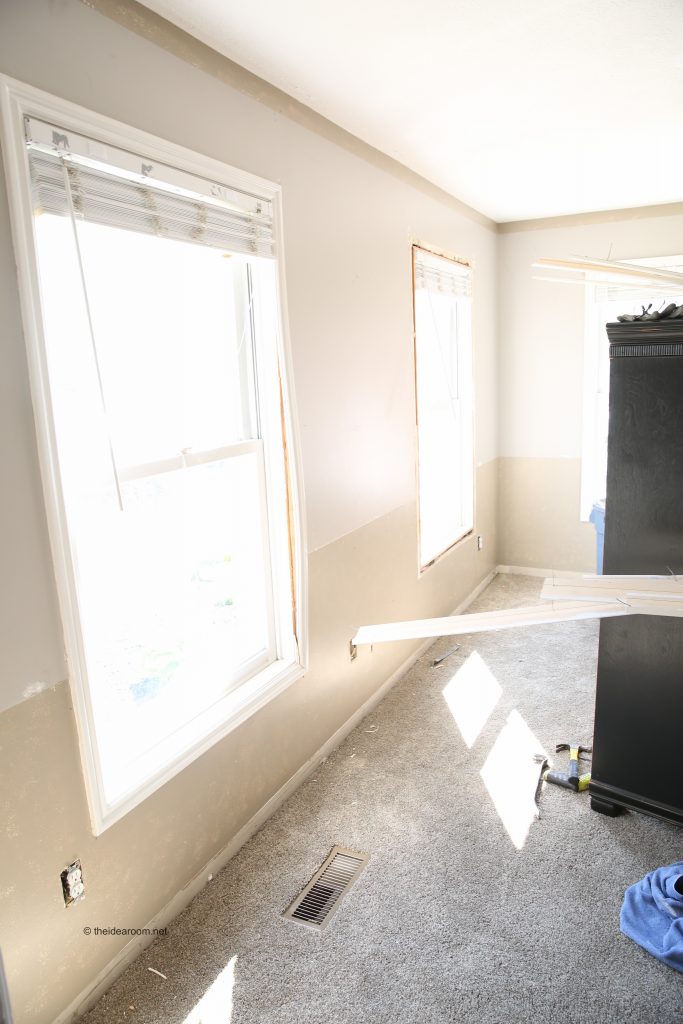 This house is so well built and these bricks took some serious effort to take down. It’s great to have a home that is well built…but demo-ing it is another story :). All the kids wanted to get in on this. They had a good time taking a sledgehammer to the wall! 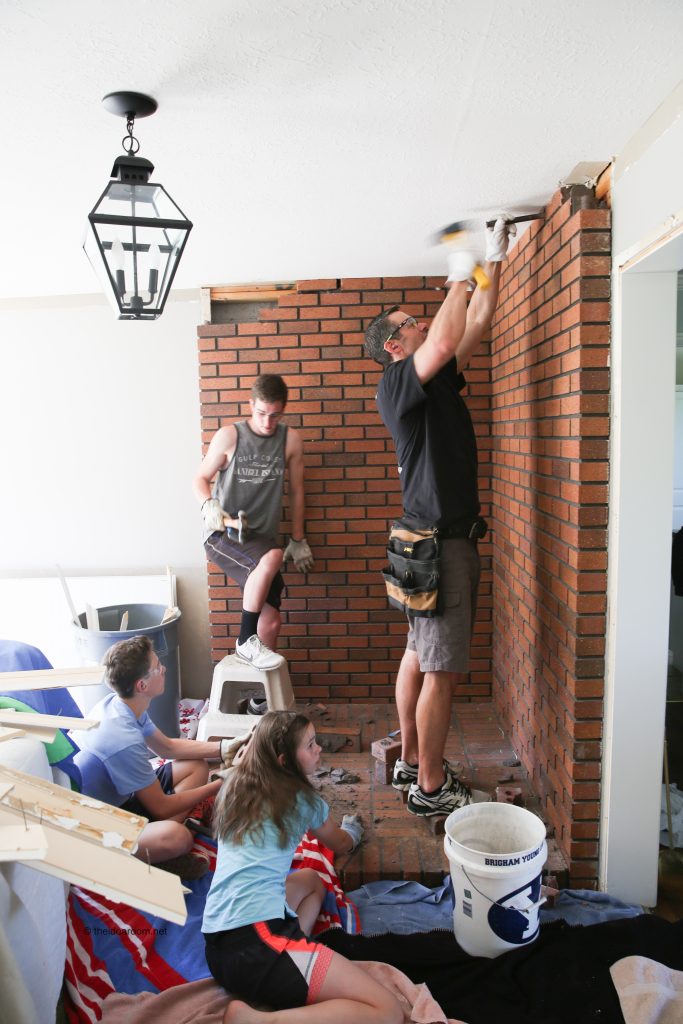 We love putting the kids to work and they enjoy it most of the time too! 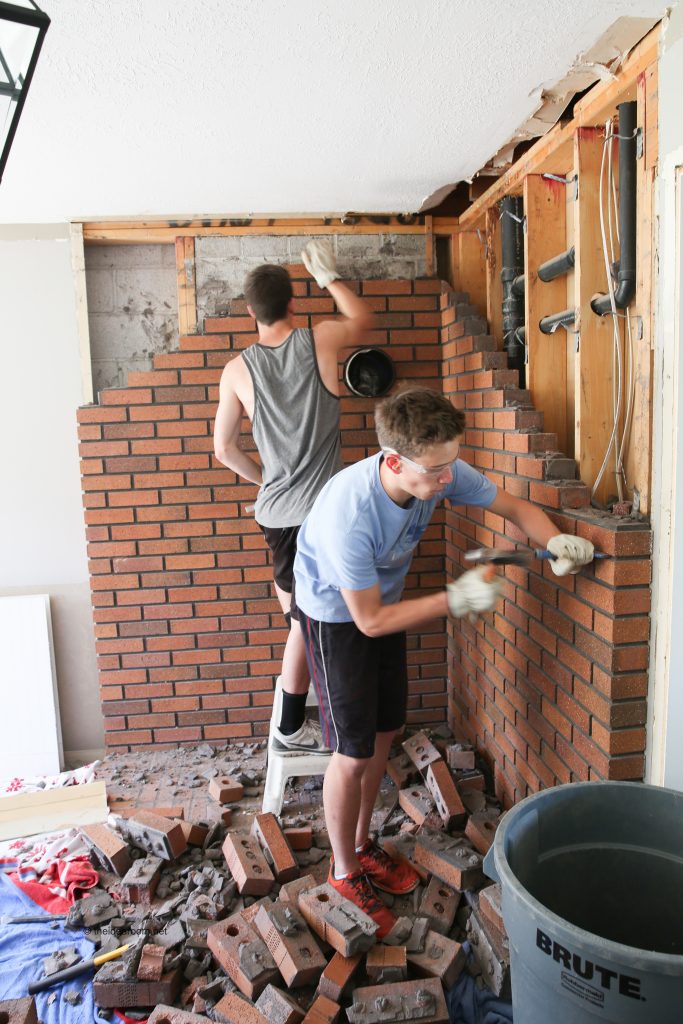 It took a couple days to take the entire wall down. But we got it done.  Then we had to haul all the bricks away and clean up the space so that we could add some dry wall to finish it and match it up with the existing walls. 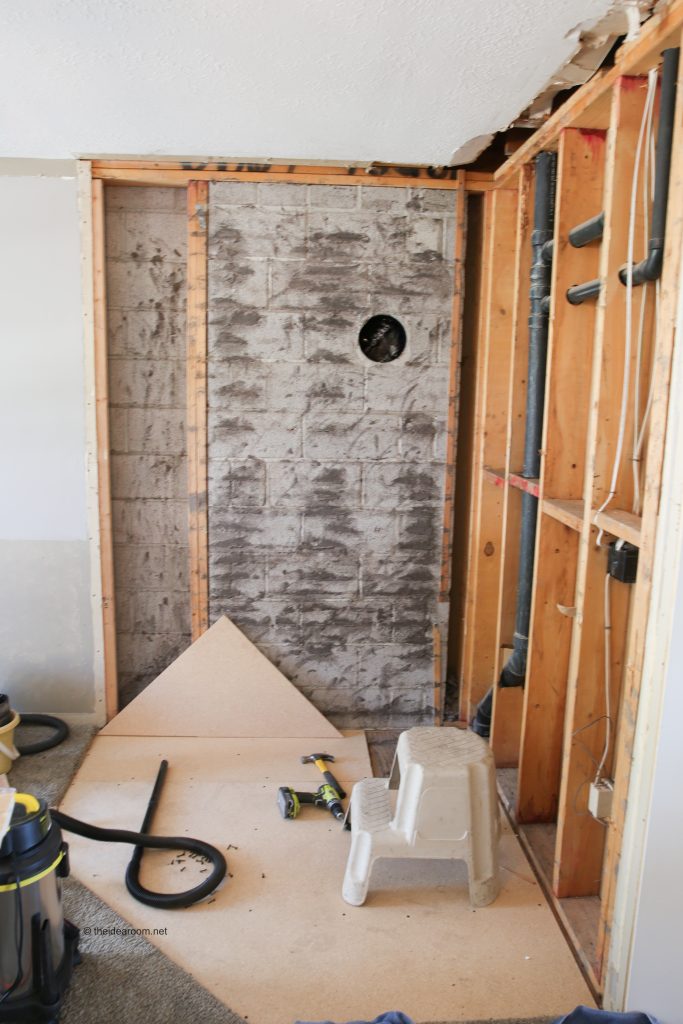 We also had to put in the sub floor where the brick was.  This room is separated on each end with wood flooring. We debated about putting the same flooring in this room to match everything, but the hubs really wanted a carpeted family room for comfort, so we went with the carpet and had the carpet replaced. 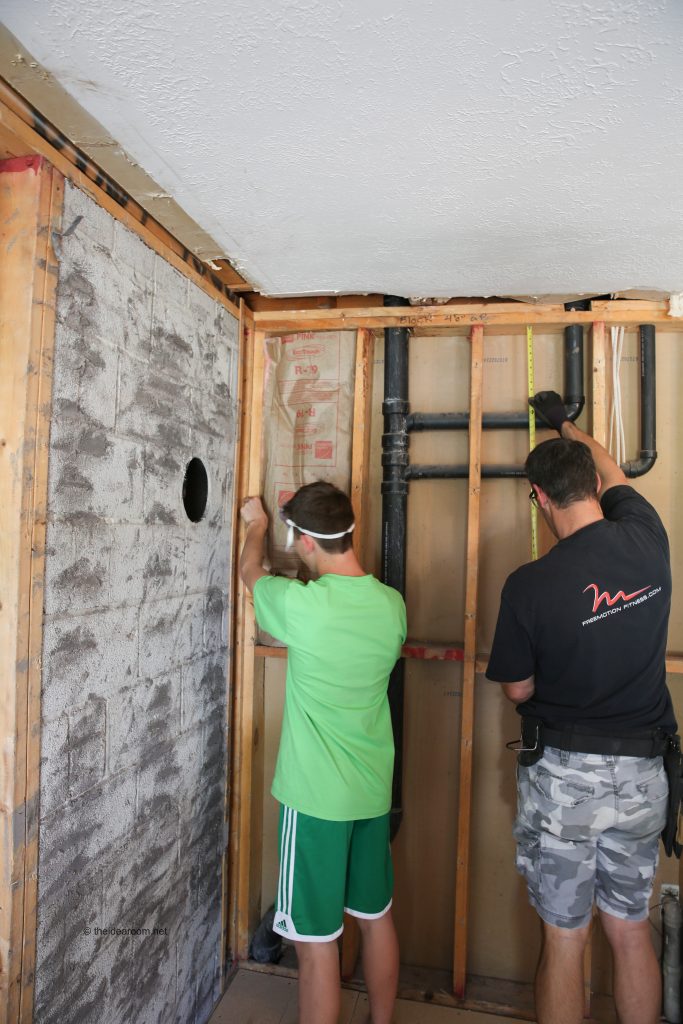 We sealed off the fireplace after having our contractor friend help us seal it properly and then added some insulation in the walls before covering them with the dry wall. 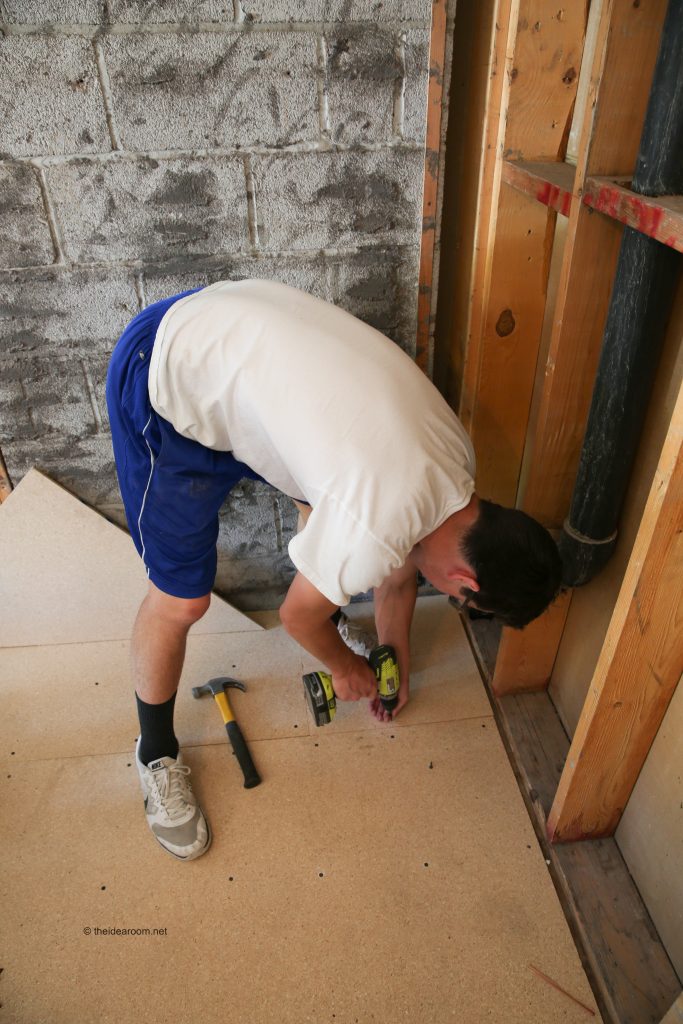 Because the walls were so bad, we decided to add some shiplap to cover them up and to give us a fresh, clean wall surface. I am so in love with it! I will share how we did the shiplap in a coming post! It was a pretty easy process but just took some time to complete…especially with kids and a family schedule. 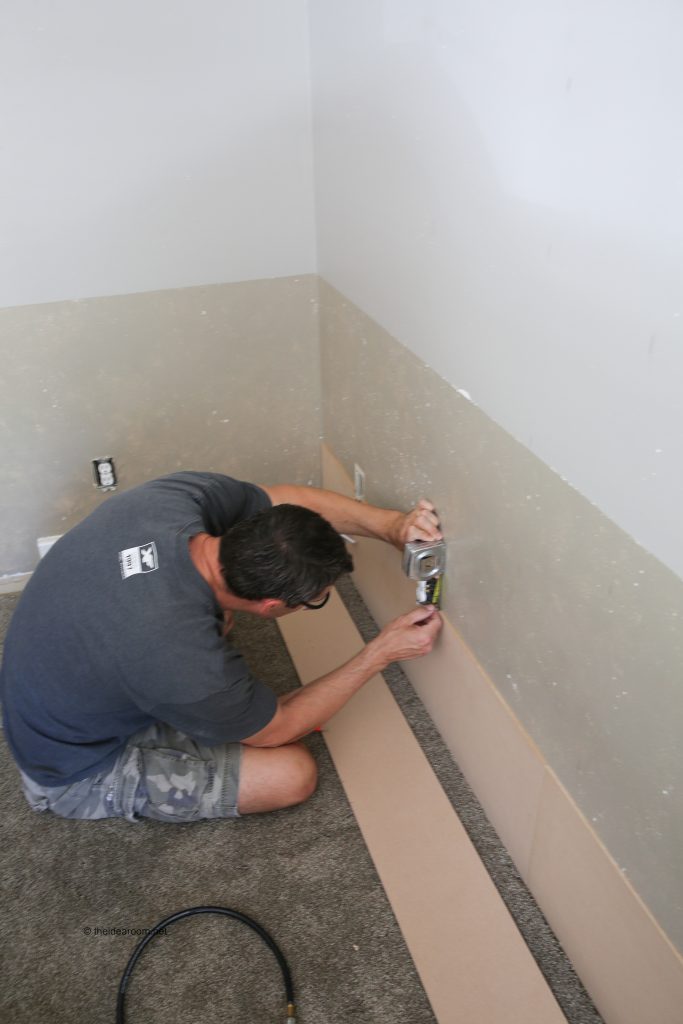 We worked on putting up the shiplap here and there and finished it just before school started. 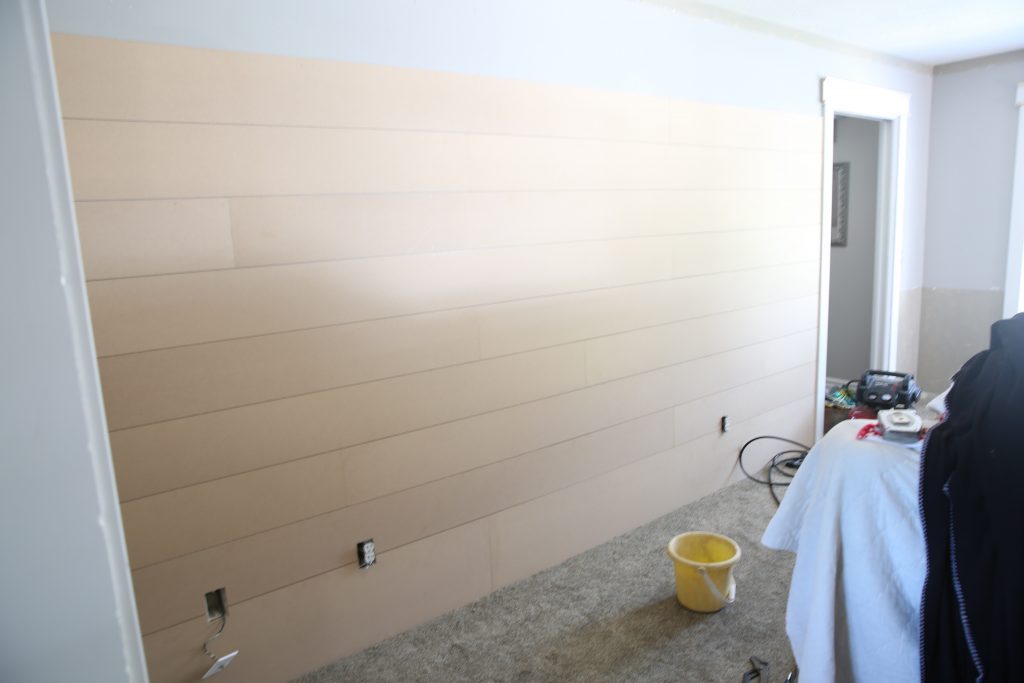 To see the final Family Room Reveal, go here.  Thanks so much for stopping by and sharing a part of your day with us! xo